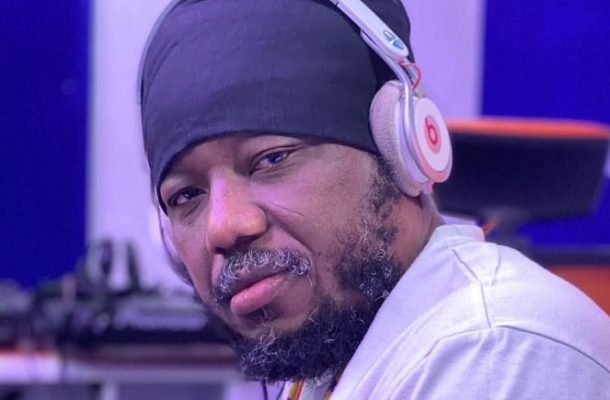 Tackling absenteeism in Parliament on the June 9th edition of the Black Pot show, Blakk Rasta indicated it is unacceptable for any appointee to put their family first instead of the nation for which they have sworn an oath of office to serve.

Adwoa Safo has been in the news for all the negative reasons in recent times after abandoning her parliamentary and ministerial duties to travel to the United States where she's having time with her family.

She disclosed in a recent interview with Joy News that she would return to continue her duties from where she left off after she's done attending to her family, which she deemed first in everything.

Asked what could be keeping her in a foreign land instead of being in the country to serve her people, she replied her son was unwell and until his condition becomes stable, she could not abandon him to come to Ghana.

She, however, refuted claims her long absence was a deliberate attempt to destruct government business for not getting the Second Deputy Speaker position. She said she loves the NPP and holds her constituents, the Dome-Kwabenya residents in high esteem.

But, in reaction, Blakk Rasta termed Adwoa Safo a "nation killer" and "arrogant" for failing to put her country first.

"...That's what our lazy and dangerous MPs are doing all across Africa. You are supposed to be an MP and then you're moonlighting. Absenteeism in Parliament yet you claim you're going to support the people

"Look at what Adwoa Safo did, look at the arrogance of Adwoa Safo, an MP and a Minister of State, and her ministry is so sensitive. She's gone to stay in America and she's telling us she'll come when she will

"And the President is sitting there doing nothing. Is this a serious President? Someone you've chosen as a Minister says family first. Then what kind of oath did she swear when she was swearing the oath of office, that she should put family first or the nation first?

Skip to the 18th minute and watch Blakk Rasta tackle Adwoa Safo for absenting herself from her core duties.