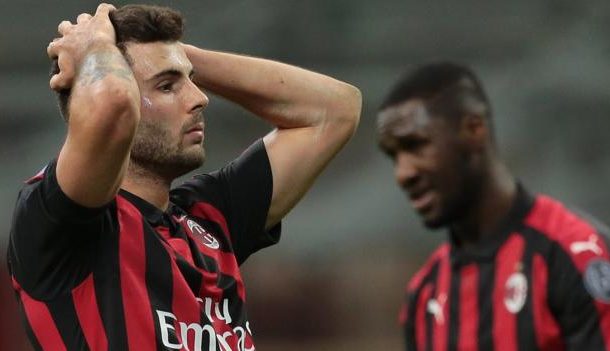 AC Milan will be banned from European competition for a season if they do not break even by June 2021 after falling foul of financial fair play rules.
The decision from Uefa comes after Milan successfully appealed against a two-year ban being imposed last summer.
The Court of Arbitration for Sport (Cas) partially upheld that appeal and asked for a "proportionate disciplinary measure" to be imposed on Milan.

The Italian club can appeal again to Cas against the new ruling, says Uefa.
European football's governing body rules say clubs cannot spend more than they generate by their own means and Uefa handed out the original punishment after deciding Milan had breached the requirement to break even after spending £200m on transfers.
Milan has two and a half years to balance their books or face missing European competition in either 2022-23 or 2023-24, should they qualify.
However, the seven-times European champions did not escape immediate punishment with Uefa withholding 12m euros (£10.8m) owed to the Italian side from this season's Europa League, a competition they were knocked out of on Thursday.
The club will also be limited to a maximum of 21 players, rather than the usual 25, in their squad for European competition should they qualify in the next two seasons.
AC Milan were taken over by a US-based hedge fund in July after former owner Li Yonghong missed a deadline to repay part of the loan he used to buy the club in April 2017.
In its ruling in July, Cas noted the club's financial position had "significantly improved following the recent change in ownership".
The club have an agreement to sign Brazilian attacker Lucas Paqueta from Flamengo for a reported £31.4m in January and have been linked with several centre forwards, including Manchester United's Marcus Rashford, after failing to convince Zlatan Ibrahimovic to return to the San Siro.
They also took striker Gonzalo Higuain and defender Mattia Caldera from Juventus in the summer.Source: bbc.com