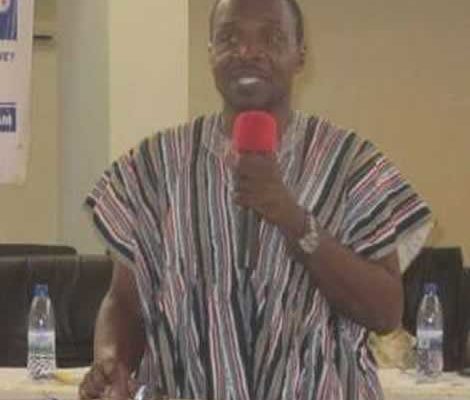 Nana Okyere Gyampa, a reporter alleged to have extorted and blackmailed the Managing Director of the Electricity Company of Ghana (ECG) has been interdicted by his employers, Class Media Group (CMG).

This followed a formal report lodged by the Ghana Journalists Association (GJA) at the Criminal Investigations Department (CID) of the police.

The reporter, who works at Accra FM, is alleged to have demanded GH¢5 million from the Managing Director of the Electricity Company of Ghana (ECG) as a condition for dropping a “negative story ‘’ against the company.

In a statement signed by its President, Mr Affail Monney, the GJA said Nana Gyampa admitted to the unethical behaviour during interrogations on Tuesday, November 13, 2018 at the Ghana International Press Centre, but said “he did it to compel the MD to end alleged malpractices at the ECG.”

The statement added that “after the interrogations, Nana Gyampa again sent a WhatsApp message to the ECG MD today (Wednesday, November 14, 2018) in which he threatened to go ahead to publish damaging stories against him for leaking information about the GH¢5 million demand to the GJA."

"The GJA finds the behaviour of Nana Gyampa before, during and after its investigations as unrepentant, arrogant, reprehensible, unacceptable, mercenary and a clear breach of Article 10 of the GJA Code of Ethics,” the GJAstatement said.

In its response, Class Media Group said it took a serious view of the allegations of blackmail against Nana Gyampa by the GJA.

“Management has, therefore, commenced immediate investigations into the matter for the necessary action to be taken. As the first step, Nana Gyampa has been interdicted. Management wishes to assure our cherished listeners and discerning public that the CMG values transparency, honesty and ethical journalism and we will continue to adhere to the highest standard of journalism,” it added.