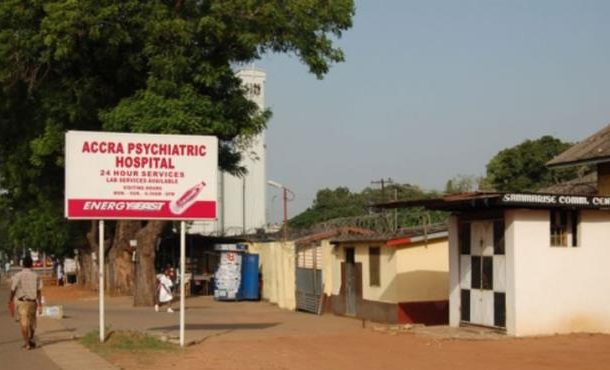 Mental health patients seeking healthcare at the Accra Psychiatric Hospital are still being refused admission for lack of funds, a situation which has persisted since August this year.

The health facility is facing financial crunch as it owes its suppliers over GH¢ 3.5 million, forcing it to cut back on admissions.

Although government through the Ministry of Health (MoH) released GH¢ 521,000 to offset some of the GH¢ 4.2 million debts to its suppliers, management of the hospital argued that the money is not enough for food and medical supplies, thereby, keeping new patients outside the gate.

The situation escalated last two weeks, when the hospital withdrew its outpatient department (OPD) services because of the heightened challenges in running the health facility, but the hospital rescinded its decision a week ago when the Mental Health Board released GH¢ 15,000 for the running of the OPD.

Emmanuel Febiri, a nurse and member of the communications team of the hospital, indicated that the hospital is still not accepting admissions as it continues to engage in talks with the government to find out how it can help the facility with some funding.

The Mental Health Authority (MHA), leading the commemoration of the day in Accra, said the passage of the LI would help the authority fine tune resources for the running of psychiatric hospitals in the country.

According to the authority, the draft Legislative Instrument has been finalised and submitted to the Parliamentary Select Committee on Legislation & Subsidiary Affair, “but the levy has to be agreed by the Ministry of Finance.”

Dr Akwasi Osei, Chief Executive Officer (CEO) of the MHA, speaking to the media said, “The Ministry of Finance now has to agree on the levy and then it can be passed.”

He said one of the things the LI would be doing is outline the funding mechanism looking at what levy would be put in place to fund the running of psychiatric hospitals.

“Once we get the levy, we have money coming into the authority then we can run all the services otherwise till the LI is passed we do not have that opportunity,” Dr Osei said.

He was hopeful the LI will be passed before the end of the year.