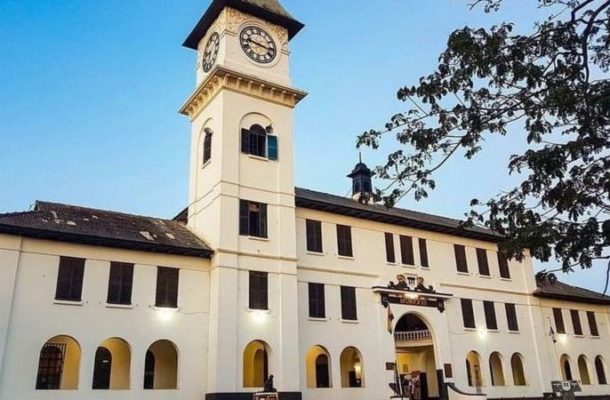 The Parent-Teacher Association (PTA) of Achimota School has backed a decision by the headmistress to disallow three first-year Rastafarian students with dreadlocks from attending class sessions until they cut their hair.

It follows the school’s decision to defy an earlier directive of the Ghana Education Service (GES) to admit the students after the story went viral on social media.

A statement issued by the PTA Chairman Dr Andre Kwasi-Kumah said the age-long rule cannot be changed since failure to adhere to the rules will open the floodgate for all types of hairstyles thereby breeding indiscipline at the school.

“The Achimota PTA executive unreservedly and unequivocally supports the school’s decision to enforce its rules with respect to the admission of three students with dreadlocks hairstyle,” the statement said.

The rules of Achimota School


It added: “According to the school’s revised rules and regulations (August 2020), section H (General Appearance) item 3 states “students must keep their hair low, simple and natural. (Student’s hair should not go through any chemical process.) The scalp must not show.

“This old age rule has prevented unnecessary attention and time wasting with non-school hairdos.  Any exception to this rule on religious grounds would open the floodgates for all types of hairstyles and breed indiscipline.”

The PTA said it welcomes parents who are willing to adhere to the rules and regulations of the Achimota School.

It says the 1992 Constitution is on the side of the school.


Ras Aswad Nkrabeah, one of the parents at the centre of the Achimota Rastafarian saga, has served notice of suing the school for discriminating against Rastafarian children with dreadlocks.

Speaking on The Asaase Breakfast Show on Tuesday 23 March 2021, he said it is a class action being taken by concerned parents to address their grievances.

Nkrabeah also disclosed that he is on the verge of securing admission for his 16-year-old son at a new school after the Achimota School defied a Ghana Education Service (GES) directive to admit two Rastafarian students.

According to him, the school discriminated against them based on their faith and culture.


“It is a class action lawsuit involving other parents on the basis of discrimination on faith and culture,” Nkrabeah said.

He added: “When I went to a meeting yesterday (Monday), the headmistress gave herself away by saying it wasn’t two,  …I didn’t know it was three students. So now I am realising that it is something they do and they do it with pleasure.

“When I went to the office you know what the assistant principal told me, he said last year we turned away a few of them and they took us to court and we won. So if you want to take it to court, go ahead and do that, and he said this is not the first and won’t be the last, this is what he told me.”

He further questioned why authorities of the school allow white children with different hairstyles and not those with dreadlocks.

“Why did they allow the white people with their long hair in schools at Achimota School and the black people they are prejudicing against their own Ghanaians,” Nkrabeah said.


The GES over the weekend instructed authorities of the Achimota School to admit two first-year students who reported on campus with dreadlocks.

It follows a massive debate on social media after reports that the school had refused to admit the children although they gained admission.

Reports suggest the school authorities had claimed it is against the rules of the school for students to have dreadlocks.