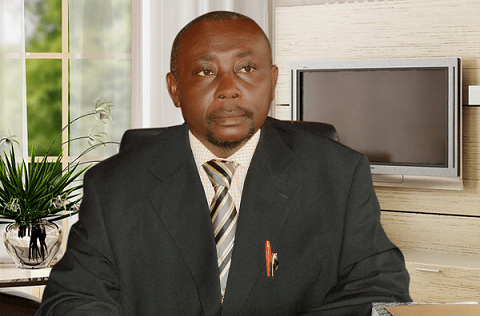 The interdicted headmaster of Adisadel College in the Central Region, Mr William Kusi-Yeboah, has been relieved of his position and redeployed to the Ashanti Regional office of the Ghana Education Service for re-assignment.

The Daily Graphic can confirm that Mr Kusi-Yeboah has been replaced by the Headmaster of Assin State College in Assin Bereku in the Central Region, Mr Francis K. Agbodanu.

Even though the changes take effect today, Mr Kusi-Yeboah has been given two weeks to round up and hand over appropriately to his successor.

The decision to redeploy Mr Kusi-Yeboah was based on recommendations of a committee set up to investigate various acts of violations of Ghana Education Service (GES) procedures.

The committee was chaired by the Deputy Director-General of GES in charge of Management Services, Mr Anthony Boateng.

The recommendations, which had been presented to the Director-General of the GES, Prof. Kwasi Opoku Amankwa, among others, asked that Mr Kusi-Yeboah be redeployed outside the school.

It also called for sensitisation of heads of schools and other stakeholders to appropriate structures and procedures of the GES, including how to deal with recalcitrant final-year students in senior high schools (SHSs).

According to the findings, Mr Kusi-Yeboah “issued directives on the advice of his management to the West African Examinations Council (WAEC) to deregister two of his students for the WASSCE because they posed a threat to the school.

“Mr Kusi-Yeboah informed the committee that he took the decision to communicate to WAEC without recourse to the GES because they believed that the school will not get a favourable response from the GES,” it stated.

It also claimed that two members of the school’s governing board and the management were not consulted before Mr Kusi-Yeboah took the decision and so he acted unilaterally.

A letter to the incoming headmaster, who is also a former student of the school, said: “For the purposes of disciplinary control, you will be responsible to the Director-General through the Board of Governors of the school, as well as the district and regional directors of education.

“You are please also reminded that your continuous stay at that position is contingent on the exigency of the service, good conduct and performance,” it emphasised.