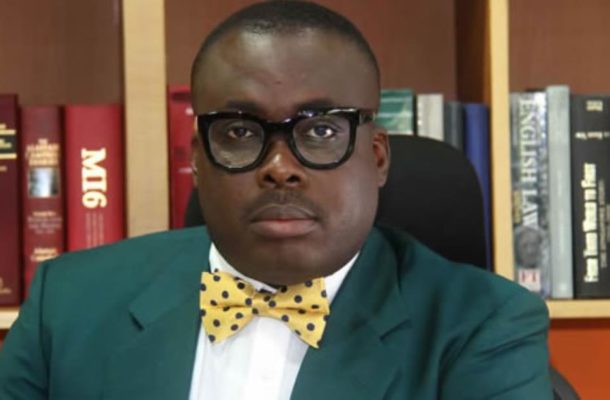 Broadcast journalist, Paul Adom-Otchere, has viciously attacked Multimedia and investigative journalist, Manasseh Azure Awuni over the recent 'Militia in the heart of the nation' documentary.

The host of Metro TV's 'Good Evening Ghana' described the exposé as a piece of "crass" and "poor" journalistic work, which had no evidential value whatsoever to prove the claim that De-Eye Group Limited is a pro-government militia group.

Manasseh Azure Awuni, in the exposé, said the “pro-government militia group” has been training at the Osu Castle, a former seat of government, since the NPP administration won power two years ago, with the tacit knowledge of President Nana Akufo-Addo and the NPP.

However, the board member of the National Communications Authority (NCA) is of the view that the exposé only latched onto "evaporative" evidence to tag the president as a supporter and sponsor of party militarism.In his editorial on his programme on Wednesday night, Adom-Otchere said the reliance, by Joy FM, on a claim by the leader of De-Eye, known by his moniker as 'Chooman' that the president enquired about the group and gave it a rave review at the Accra International Conference Centre on 7 December 2018 during an event organised by the NPP to launch a foundation in honour of one of the party's founding fathers, S. D. Dombo, was "dastardly" and smacked of disengenuity and poor journalism."This is the worst part of the attributions that were made in the documentary", Mr Adom-Otchere said, explaining: "A clear direct tagging of the president has been established by absolutely no evidence; totally evaporated evidence based on the words that were uttered by 'Chooman'. 'Chooman' said that the president said on the event day, congratulating them that they're good people and that the president was asking: 'Are these the people at the castle?' How do we believe that? How do we know that the president said that? Maybe he was encouraging them; quite clearly he was encouraging them"."Joy FM does not evidence at all, they don't even comment by saying that: 'Well, this is his view, we don't know if the president said that', which should have been fine to issue a small disclaimer in there. This is the way in which you tag the president to something like this happening at the Castle? That the president has a direct connection with the militia simply because the head of the militia said that to the people?" Mr Adom-Otchere wondered."You didn't hear it from the president, you didn't confirm from other sources; all you say is that the guy said it so the president said it? And that's how you tag the president to a very serious matter like this that has implications for our foreign investments, has implications for the country's image and for everything? This is a president who, a few days ago, had been talking in a sessional address and giving a blueprint about how vigilantism can be solved. The diplomatic community has heard it, the world has heard it, civil society is suspicious but, at least, a blueprint has been given; the president goes on to add that if the blueprint fails he will initiate legislation. He's given a very clear commitment to the matter"."If you want to show a documentary to show a contradiction, this evaporating evidence is what you tag the president with and conclude by saying that National Security is aware? The president is the Chairman of the National Security? This is dastardly; this is the worst part of it. 'Chooman' said it doesn't mean that it's true. That's disingenuous, that's bad journalism; it's bad, it’s crass and it's not good journalism. It's disingenuous and I am afraid to say it's poor. It's very poor".