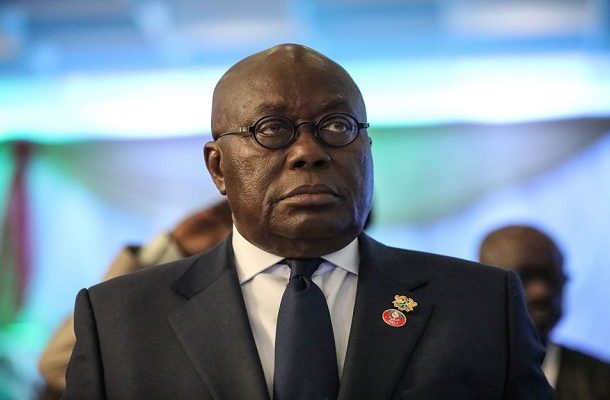 A subsidiary of the Multimedia Group Limited, Adom TV has unreservedly apologized to the President of the Republic, Nana Addo Dankwa Akufo-Addo and the ruling New Patriotic Party (NPP) for showing a video last night on their channel.

Last night the popular TV channel which broadcast on the popular Multi TV Satellite Channel brushed aside their plethora  telenovelas and decided to venture into the murky waters of politics.

They showed a video purporting to show the President receiving monies which was termed a bribe.

The incident is said to have happened at the private residence of President Nana Akufo-Addo in 2016 when he was then a Presidential candidate and soliciting for funds for his campaign.

According to the release, the management of Adom TV states that the opposition NDC bought the airtime from them but there were oblivious of the malicious content in the said video which they have now recognized was fictitious.

They further add that the video that was aired on Tuesday evening was an error and has been pulled down from all their various social media handles and have taken steps to forestall future occurrences. 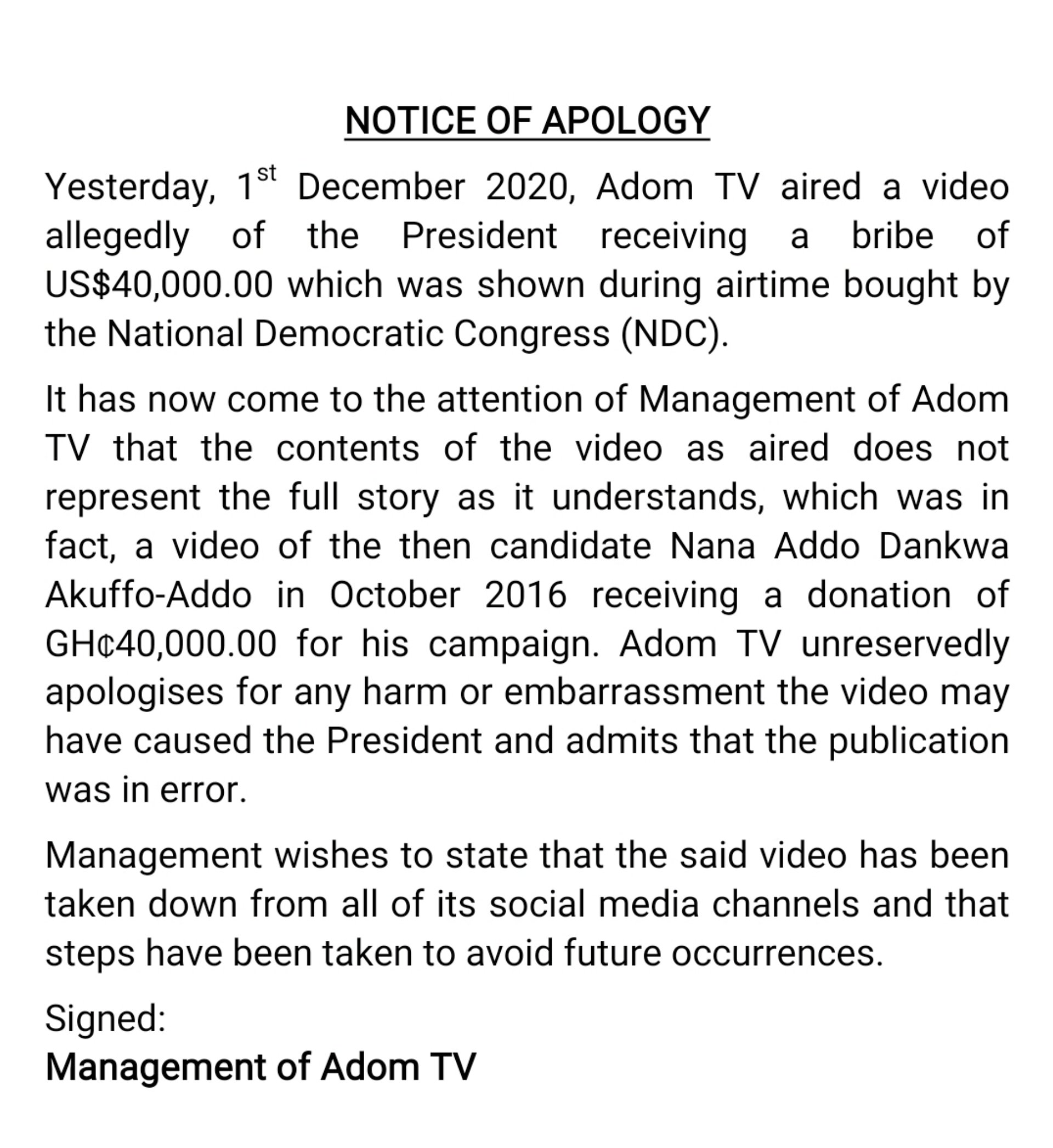