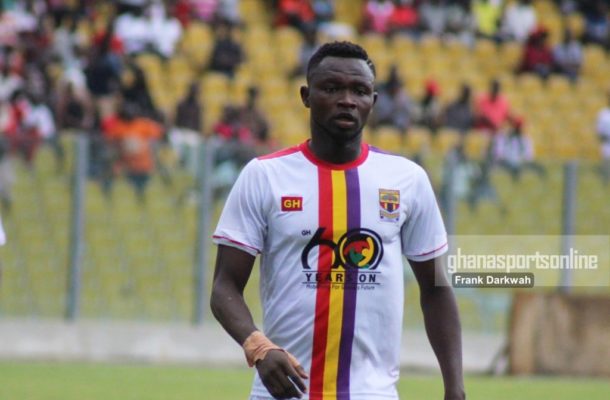 Aduana Stars have joined the tall list of clubs who are in talks with former Hearts of Oak defender Vincent Atingah.

Accra Great Olympics are said to have stolen a march on all other clubs but the two time Ghana Premier League side have also joined the race.

The Ogya boys have lost key defended Caleb Amankwaah on a free transfer and are looking at players with the quality to replace their former player.

Talks between the player and Great Olympics is said to be advancing but no agreement has been reached with Aduana Stars making their intentions known to the player's representatives.

In the last few days Aduana Stars have made clear their intentions to the player's camp with talks underway.

Atinga was an integral member of Ghana’s Black Stars B team that won the WAFU Championship in 2017.

He left for pastures anew and only just returned to the local scene. He has been training with Great Olympics in anticipation of signing for the Dade Boys.

The former Hearts of Oak defender has in the past played for Albanian side FK Tirana and Kuwaiti side, Al Shabab.