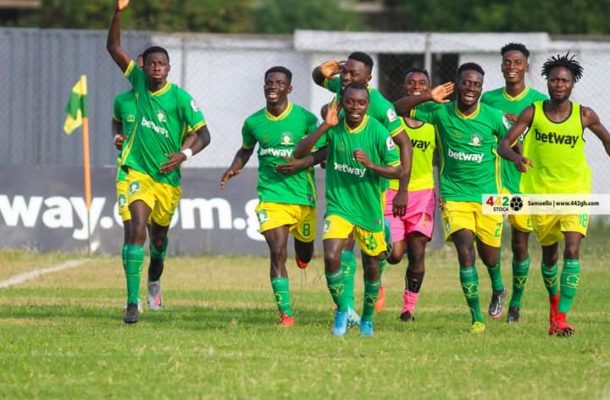 Former champions Aduana Football Club are going through a difficult campaigns winning 7 times, drawing 6 and losing 7 matches – siting in an unusual 10th place in the log after 20 match days.

Talisman Yahaya Mohammed has had an uninspiring season thus far scoring 7 goals and making two assists. The Dormaa have made changes to their technical team – bringing in Asare Bediako for Samuel Kwasi Fabin. But that change has yet to impact positively on the side with the recent 4-0 loss to rivals Bechem United fresh on their mind.

They opened the second round with a 2-0 loss to Hearts of Oak – beat King Faisal 3-1 and lost to Bechem United 4-0 to drop to an historic 10th place. Aduana FC have scored 22 and leaked 26 goals - a performance that best describes the porous nature of their defence.

Elmina Sharks have won two and lost one in their first three games of the second round but their 5-0 thumping against Liberty Professionals remain one of their worse results in recent seasons. Interim coach Nii Odartey Lamptey has left his post after only 54 days in charge.

The former Ghana super star who replaced Yaw Acheampong two months ago did not make the trip to Dormaa as Assistant coach Sam Addo is believed to have been put in charge in an interim capacity. Elmina Sharks are 12th in the table with 26 points – one point adrift, Aduana FC who are in 10th place.

The last meeting between these sides in December 2020 ended 1-0 in favour of Elmina Sharks.