AFCON 2021: Asamoah Gyan, the enigma Ghana will miss at the Nations Cup 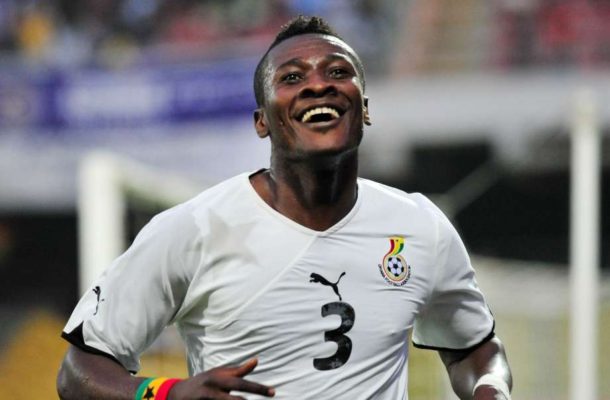 He was an enigma but a proven goal scorer but with all that it was a love hate relationship with a section of Ghanaians.

For the first time since 2008, the Black Stars will be playing at the African Cup of Nations(AFCON) without its record goal scorer Asamoah Gyan aka Baby Jet.

Perhaps the nation did not love the pacy, tricky and potent goal poacher enough due to his numerous scandals but heading into the 2021 AFCON in Cameroon we are looking over our shoulders and asking where will the goals come from?

As its often said in the local parlance no prophet has glory in his homeland, that is clearly the case of Asamoah Gyan as we always had him around playing for Ghana perhaps we did not see his value and thought he was timeless.

It’s after his retirement (not official) that we are seeing what he gave the Black Stars for years but am not surprised as our society loves posthumous awards than when the person is alive.

For more than a decade, Ghana enjoyed Asamoah Gyan at various African Cup of Nation’s tournament but this time the totemic figure will be missing out.

We saw glimpses of the Black Stars without Asamoah Gyan in the 2019 AFCON as he was named as the General captain of the team but barely played any match.

The goal scoring burden fell on Jordan Ayew where he managed to score twice in the group stage against Benin and Guinea Bissau and that was all as Ghana crashed out at the round of 16 stage against Tunisia via our perennial nemesis penalty shoot-out.

Asamoah Gyan was a different breed of a striker for Ghana, undoubtedly the best Ghana has ever had in the modern era.

As he had almost every tool needed by the modern striker up his sleeves talk of pace, attacking aerial balls, finding space in the box, shooting from distance, free kicks among others.

Baby Jet as he is affectionately called, single handedly carried a ‘baby’ Black Stars squad to the cusp of glory in the 2010 AFCON in Angola where Ghana had to field a young team consisting mostly of the victorious 2009 World Youth Championship players.

He started his goals coring feat when Ghana lost its opening group game to eventual winners Ivory Coast by 3-1.

Gyan scored when Ghana faced Nigeria in the quarter finals with a stupendous header from a Kojo Asamoah corner kick.

He also scored the winner for the Black Stars when Ghana faced host nation Angola who at the time had Manchester United’s Manucho, Al Ahly’s Flavio Amado among others in their fold.

It was at the finals that Ghana lost to Egypt with the winner coming from super sub Mohammed Nagy Gedo.

After the heartache for Ghana, Gyan led another assault on the elusive AFCON trophy in 2015 when we went so close yet too far as we lost to neighbours and perennial nemesis Ivory Coast on penalties.

Ghana needed to win its second group game to have any chance of qualifying out of a difficult group which had Senegal, Algeria and South Africa at the 2015 AFCON.

Asamoah Gyan turned up for the Black Stars in the second game half fit but managed to play the entire 90 minutes.

The only goal was scored in the second minute of second half injury time, as Asamoah Gyan chased down a long pass from Mubarak Wakaso to give Ghana the victory.

It is hard to see another Asamoah Gyan emerge from the current Ghana squad heading for the AFCON in Cameroon but I feel we did not see the value in the crown jewel we had in Asamoah Gyan during his hey days and will sorely miss him at the tournament.

He had his faults like every human being and had a lot of scandals like most Super Stars across the World but his commitment, strength and goal scoring exploits for Ghana will forever live on.

Perhaps Gyan was unlucky never to have won the AFCON for Ghana despite going close twice in 2010 and 2015 but the annals of history and the African game will fondly remember all the eight goals he scored at Africa’s greatest football showpiece.