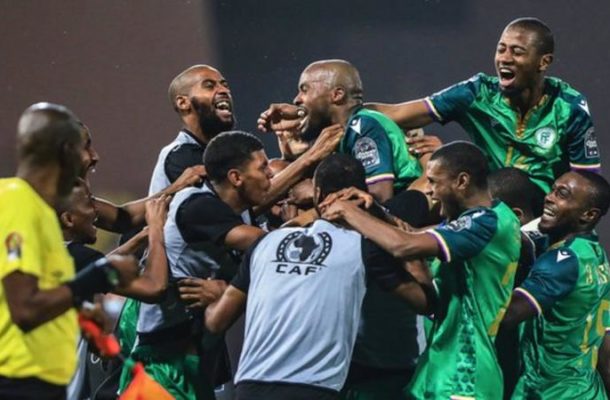 Debutants Comoros and 2004 champions Tunisia both qualified for the last 16 at the Africa Cup of Nations after results in Group E on Thursday went in their favour.

Comoros go through as one of four best-ranked third-placed teams, while Tunisia - also among the top third-placed sides - could yet secure a top-two finish in Group F.

The Carthage Eagles face The Gambia in their final group game in Limbe later on Thursday (19:00 GMT).

Qualification for the knock-out stages is a remarkable achievement for Comoros, ranked 132nd in the world.

The Coelacanthes lost their opening two games in Cameroon but secured a dramatic 3-2 win over Ghana in their final Group C game on Tuesday.