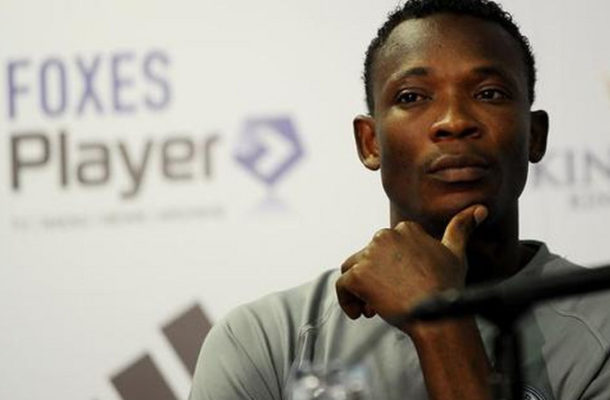 The after-effects of Ghana's shock exit from the Africa Cup of Nations are being felt in the West African country, with the government's Ministry of Youth and Sports summoning the Ghana Football Association to an emergency meeting on Friday to discuss their performance in Cameroon.

Former Black Stars full-back John Paintsil talks about where it all went wrong for Milovan Rajevac's side and how the four-time continental champions can bounce back in future tournaments.

This is the first time Ghana have gone out in the group stages since 2006 in Egypt.

Since then we've never looked back, we've been doing so well. This Nations Cup exit, as an ex-player, makes me feel so disappointed.

I can't say it is embarrassing to finish last because we lost to Comoros. These days football's dynamic has changed and every football nation needs to be respected.

This Comoros team came and proved themselves on the world stage.

Put simply, we should not have exited at the group stage.

Where did it all go wrong?

I still think the players did what they could as individuals.

We started with a local coach, CK Akonnor, a former Black Stars captain, who was coaching the boys at the start of the qualifying stage.

But, after their second qualifying game, he was replaced by Milovan Rajevac. I don't think Rajevac did many things wrong, but, as a team, we didn't play enough.

He joined with only a few months to go until he tournament. It was not enough time to get his players together.

There were no friendlies, just the remaining two qualification matches and a two-week training camp before the tournament.

Our preparation was not enough.

'You don't see that hunger'

Ghana need to keep the same squad that represented the Black Stars in this tournament and get them to play more friendly matches.

I think the understanding was there during the tournament, but I don't think there was good communication among the players.

The cohesion is not there, nor is the team spirit. You don't see that hunger to win. Developing this group through more friendly matches is the way to go forward.