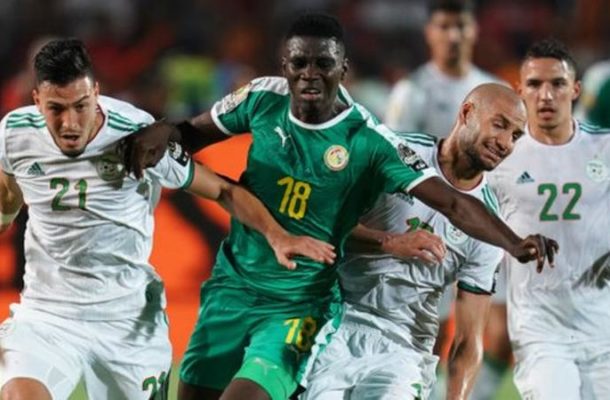 Senegal remain hopeful Ismaila Sarr will be able to feature at the Africa Cup of Nations as the forward continues his recovery from a knee injury.

The Watford man was included in the Teranga Lions squad despite being out with ligament damage since November.

The Premier League strugglers had initially blocked the 23-year-old's call-up but were forced to release him.

Sarr is currently in Spain working with a personal trainer, having joined the Senegal squad last week for a national team doctor to assess his knee.

"He is not out of the tournament," Senegalese Football Federation president Augustin Senghor said.

"His injury evolved positively. We hope to have him back with us before the round of 16 or quarter-finals."

Senegal were runners up at the tournament in 2019 and opened up their Group B campaign in Cameroon with a 1-0 win over Zimbabwe on Monday.

Sarr has scored five goals in 12 league appearances for the Watford this season, with the Hornets two points above the relegation zone in the English top flight.

Senegal are next in action on Friday, against Guinea (14:00 GMT).