Afena-Gyan, Afryie Barnieh are not fit to play for Black Stars - Dan Owusu 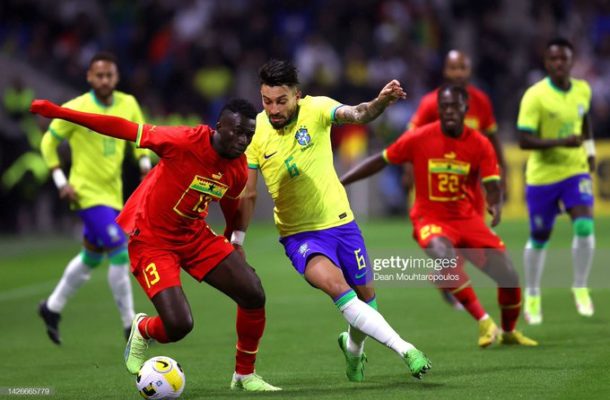 Former Ghana player Dan Owusu believes that Felix  Afena-Gyan and Daniel Afriyie- Barnieh are not fit to play for the Black Stars.

He says that these players must learn the philosophy of the team and play understudy to more mature and experienced players.

According to the former Ghana Premier League goal king, these players must bide their time in the Black Stars and hone their skills but are not yet ripe.

Afena-Gyan made his Ghana debut in March this year and has just a goal against  Madagascar but much of his game has been around his industry and athleticism.

He joined newly promoted Cremonese this summer after struggling for playing time at AS Roma while Afriyie  Barnieh has been prolific for Hearts and the Black Galaxies.

In an interview with Koforidua-based Bryt FM, the multiple former Ghana Premier League goal king says  the two players are no  rip for Black Stars

“I joined the Black Stars as a young player but I didn’t get playing time because there were senior players. When they faded out, we succeeded them, and that is how national team should be”

“Afriyie is doing well but I think this is not the time to play him at the Black Stars. He is very smallish and players like that normally struggle. To me, it is about being with the team for long and knowing the philosophy”

“Both Barnieh and Afena-Gyan are not up to the national team level. I think they should just under study the senior players and I believe with time, they will get there”