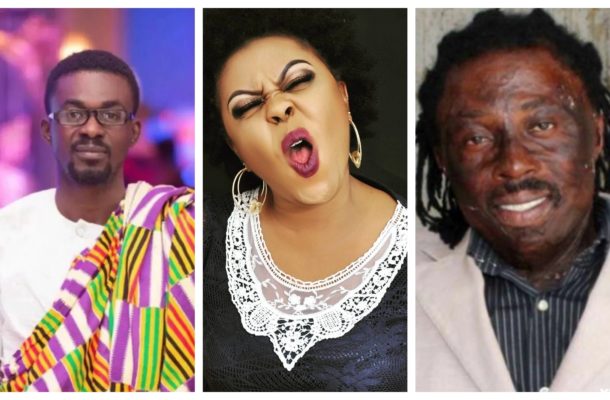 The gold trading firm is currently in the news after the Security and Exchange Commission (SEC) instructed the company to stop operating.

Due to that many Ghanaians who have investments with Menzgold including Afia Scharznegger’s mother are worried.

In order to get her mother’s money back, she has asked Kwaku Bonsam to help her retrieve the money.

According to the queen of controversies, Kwaku Bosam, is her friend and has already informed her that if anyone is worrying her, she should call him, so he will assist her with his dwarf named ‘Kofi-o-Kofi’.

In a video, Afia went on to call him via telephone which she informed Kwaku Bonsam that, Nana Appiah is worrying her so she needs his assistance.

She quizzed if Kwaku still has the dwarf he had promised to help her with in case she in trouble,which he replied by giving out its name as ‘Afamfiri’.

Afia also disclosed that she will be going to NAM1's wife‘s shop which she asked Kwaku Bonsam to accompany her with his dwarfs, which he replied “Okay.”

Meanwhile, Menzgold has explained why most customers are yet to be paid the dividends on their gold investments.

According to the company, it cannot make any payments due to the action taken against it by the Securities and Exchange Commission (SEC).