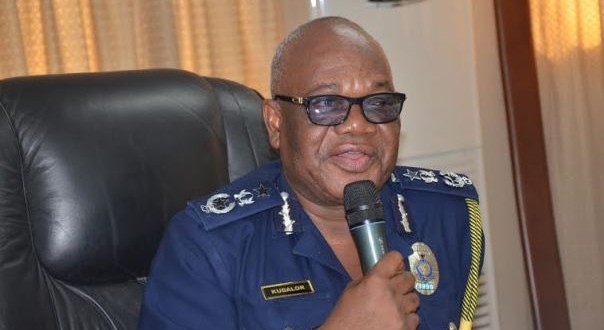 The Inspector General of Polic, John Kudalor will today brief the media on reports that some of its officers allegedly attempted to rob a GCB bank bullion van in Afram Plains in the Easter Region. “Following the recent armed robbery incident at Afram Plains in which two police men were allegedly involved and subsequent developments, the Inspector General of Police and the entire Police Management Board will address a press conference to highlight some pertinent issues,” a statement signed by the Director of Communications at the Police Service, Supt. Cephas Arthur added.

The attempted robbery led to the death of the driver of the van after a heated exchange of gunfire between the police officer in the van and the suspects.

Though the officers were arrested and were being conveyed to Koforidua, the regional Police command, they managed to escape to neighboring towns.

They were later captured at their hideouts and have subsequently been sent to the Police National Headquarters in Accra.

Prior to their capturing, some residents in areas where the incident occured on Thursday went on rampage and vandalized some Police stations at Donkorkrom and Tease to demand the speedy arrest of the fugitives.

They reportedly ended up setting ablaze the Donkorkrom Police station and pelted the officers with stones.