Afriyie Barnie reminds me of myself in my prime - Charles Taylor 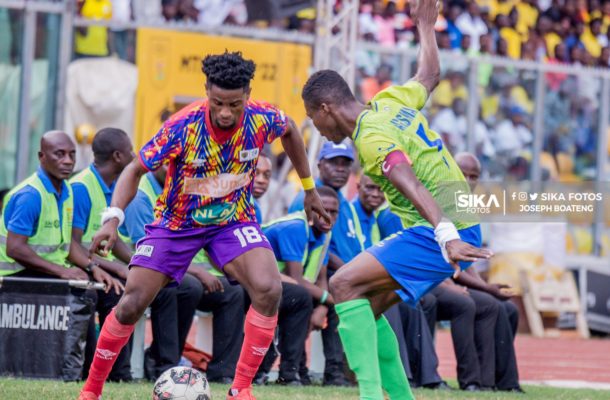 Legendary former Hearts of Oak midfielder Charles Taylor says Daniel Afriyie Barnieh reminds him of himself during his playing days.

The 21 year old attacker has been a live wire for Accra Hearts of Oak chipping in crucial goals for his side as he has found the consistency that was solely lacking in his game before the arrival of coach Samuel Boadu.

Afriyie Barnieh scored the winner for Hearts of Oak in the MTN FA Cup finals as they defeated Bechem United 2-1 on Sunday at the Baba Yara Stadium.

Speaking in an interview on Accra based Angel TV, the former Hearts great waxed lyrical about the technique and run for the goal.

“Afriyie Barnie reminds me of myself in my prime. The goal he scored yesterday was quite difficult for any player to score. The run & technique was excellent and if this goal had been scored by a player in Europe, he’d have been all over in the media”

In addition to the national premier league in 2000, Hearts of oak won the FA cup and the African champions league for the first time and the Super Cup where he scored the first goal against Zamalek.

Charles Taylor alongside Charles Allotey, Amankwah Mireku, Joseph Ansah, Jacob Nettey, Stephen Tetteh, Ishmael Addo, Emmanuel Osei Kuffour, Sammy Adjei, Edmund Copson, and Emmanuel Adjogu were deemed as the best squad ever to be assembled by Accra Hearts of oak and also famously called "64 Battalion" a name after the most feared unit of the Ghana Army.