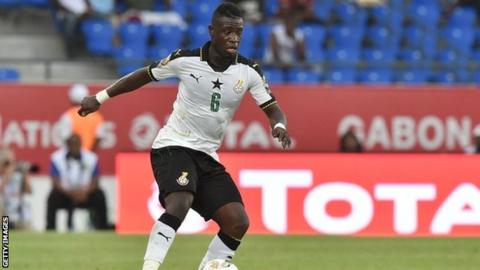 The midfielder, who has worn the shirts of several Italian clubs, including Palermo, Parma and Turin, currently plays in the ranks of the Turkish top flight Yeni Malatyaspor.

The Ghanaian has a two-year contract but, as reported by Tmw, he could leave the Eastern Tigers to return to the land that has long welcomed him.

Acquah, in fact, ended up in the sights of Lecce and could join them as the second transfer window moves to a closure.

The Giallorossi club, in the midst of salvation, is on the trail of the '92 class, which can boast great experience in Serie A, a championship in which it has played almost continuously from 2010 to 2018, collecting a total of 194 appearances and 9 goals .

A profile, therefore, which can undoubtedly be useful to the people of Salento.

The company is evaluating, in these hours, the margins of a possible transfer and, in particular, the economic node.

If the move materialises, Lecce will be Aquah's eighth club in nine years.

Acquah joined Torino on a four-year deal in summer 2015 and enjoyed a stable spell in Turin, scoring six goals and providing five assists in 79 appearances.

Three years later he switched to another Italian side Empoli and scored twice in 28 matches.

Acquah made one appearance in the 2014 World Cup and has a goal in 35 appearances for the Black Stars.

He played for Ghana at the 2015 and 2017 Africa Cup of Nations and made three appearances for the West Africans at the recent tournament in Egypt.