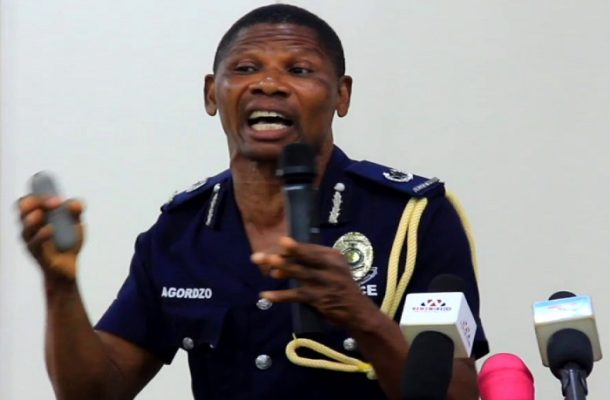 Contrary to the charges levelled against ACP Dr. Benjamin Agordzo, it has emerged that the former Director of the Transformation Office of the Ghana Police Service, only 'advised' the coup plotters.

Lawyer for embattled ACP/Dr. Benjamin Agordzo, who is now in court for his alleged complicity in a coup plot, has told the BBC that his client only ‘advised’ the owner of the Citadel Hospital at Alajo in Accra, the man at the centre of the treason, and nothing else.

The BBC quoted ACP/Dr. Agordzo’s lawyer as saying that what his client did was just a little more than ‘advising’ the plotters on how to secure police permit for demonstration.

According to the BBC, ACP/Dr. Agordzo had gone on hunger strike after he was charged with abetment to commit treason and had described the charge as ‘frivolous’.

The Alajo Hospital coup plot now finding space on an international news bulletin such as the BBC has now become the most followed story in the country.

He might not have told the international network what the nature of the advice was but he nonetheless had people seeking to know the contents of the 10-page WhatApp communication between him and the alleged coup plotters, which is now a source of varied questions by investigators.

Tell-tale WhatsApp chats among the alleged coup plotters, according to investigators, made clearer the depth of collaboration that existed between ACP/Dr. Agordzo and the Alajo Proprietor of the Citadel Hospital, Dr. Frederick Yao Mac-Palm.

DAILY GUIDE has learnt about how the entry of security experts in the game-plan changed it from one being earlier championed by novices to a complex arrangement involving advanced tactics for the D-Day.

The stash of messages which the police officer discredited as ‘irrelevant’ to the coup charge he is facing, allegedly contains security tips about how to go about the various stages of the build-up to the D-Day when the government would be toppled according to their plan.

One of the counsels Dr. Agordzo gave Dr. Mac-Palm was that they should obtain police permit for the series of demonstrations, protest marches, which investigators say constituted a critical feature of the build-up to the actual coup.