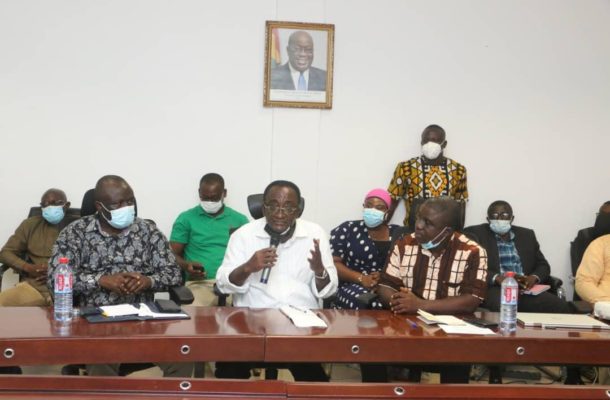 The Agriculture Mechanisation Services (AMSECs) module of the Planting for Food and Jobs (PFJ) initiative is making impact in the transformation of the agriculture sector in the country, the Food and Agriculture Minister, Dr Owusu Afriyie Akoto, has said.

According to him, plans are underway by the government to increase the thirty-two (32) mechanisation centres set up in the 32 District Assemblies across the country.

The Akufo-Addo administration in 2019 set up these mechanisation centres in various district assemblies with an initial importation of two hundred and sixty (260) tractors and other farm machinery from Brazil.

“So far the District Assemblies where these mechanisation centres have have done well with the Planting for Export and Rural Development (PERD) module of the P&J in terms of the number of seedlings they have produced,” Dr Akoto contended.

Dr Akoto made the observation on Friday, October 8, 2021 when he paid a working visit to farmers under the PFJ on their maize farms in Gomoa West. The farmers were very delighted to meet the agriculture minister. They told the minister how PFJ has helped boost their maize yields.

They also pleaded with the minister to assist them with at least two (2) tractors.

In addition to the mechnisation centres, Dr Akoto said his ministry supplied farm machinery to commercial farmers and the private sector at a discounted rate of 40%.
“That was an Akufo-Addo decision in Cabinet that farmers’ machinery imported into the country should attract a subsidy of 40% in order to support the farming industry,” he disclosed.

“In the next months, before the end of year, we are expecting another batch from Brazil and we will continue to expand the numbers in the commercial area,” he said. 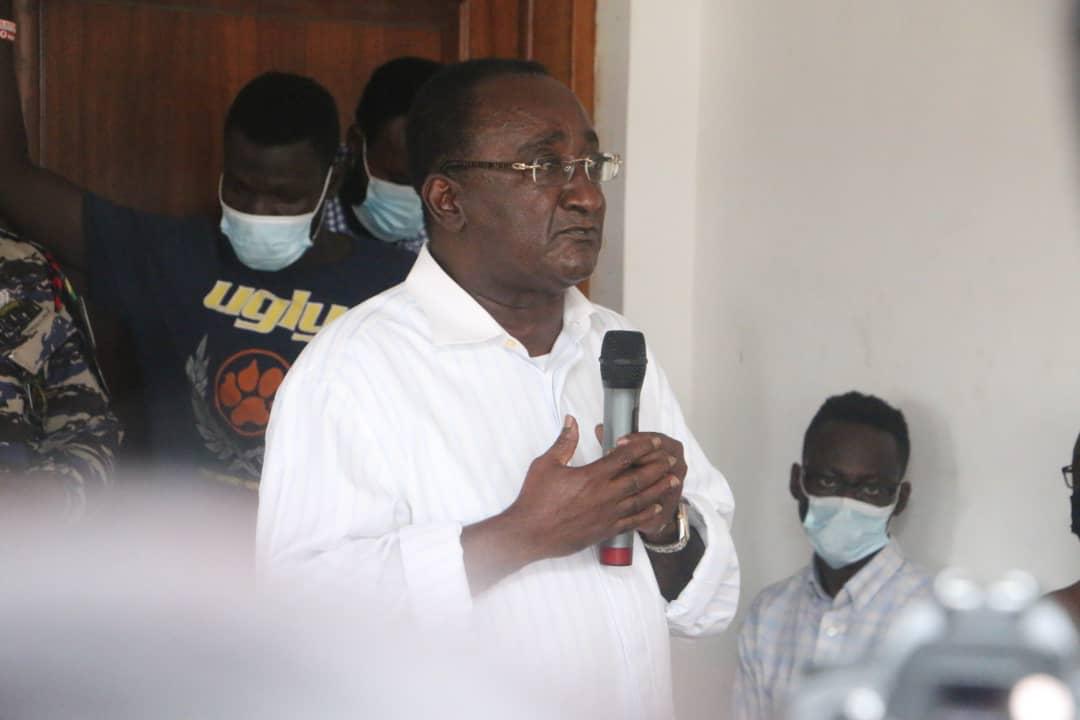 He indicated that the Gomoa story with respect to the agriculture mechanisation module was an interesting one.

“The demand generated by these machinery is such that Gomoa is expanding very rapidly, and we have been told that its maize and other crops under PFJ," he said.
"…So we are going to look at their books, see the extent of services they provided to our farmers and then based on that we will then decide on individual basis the extent to which we are going to expand these facilities. They have only two tractors and from what they are saying they will need 7 0r 8 tractors,” he noted.
However, according to Dr Akoto, this time around the purchase of the tractors and farm machinery will not be on credit bases, adding that the farmers would have to be able to use the proceeds from the work that they have done in the last 2 years to pay off and buy off in cash whatever equipment they will need to expand the facility.”
Earlier, the minister paid a courtesy call on the Oguamanhene, Osabarima Kwesi Atta II, where he informed him that President Nana Addo Dankwa Akufo-Addo ouldl be celebrating this year's Farmers’ Day in Cape Coast.
From the chief’s palace, the minister visited Ghana Productive Safety Net Project (GNPSP) at Ekumfi where he interacted with about 121 coconut farmers. And here the farmers seized the chance to appeal to the minister to support them with cutlasses, safety boots among others.