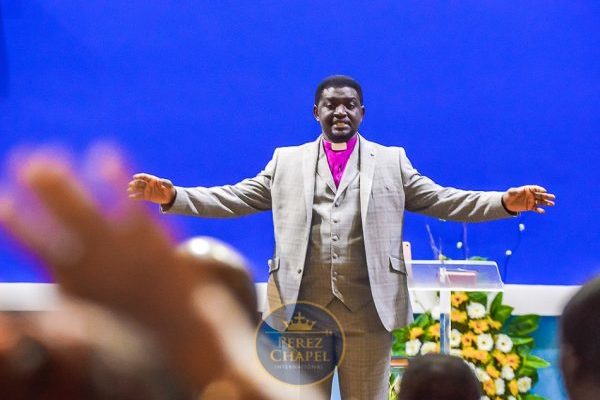 The ‘change anointing’ followed Ghana’s Bishop Charles Agyinasare all the way to Malaysia, leading to his prophecy of the recent seismic political event in the Asian country.

BN has ruled Malaysia since its independence in 1957. The biggest upset was BN’s loss of the southern state of Johor, which it has always held. Pakatan won seven out of 13 states, and Najib defended his seat in Pahang state, which he has held since 1976.

Najib’s defeat was never in any way a foregone conclusion, despite his government being dogged by allegations of large-scale corruption tied to the 1MDB state investment fund and livelihood issues, such as rising costs and a new consumption tax.

Decades of populist policies favouring the majority Malay population, such as cash handouts, and appeals to the country’s conservative Islamic voters have helped cement UMNO’s power in Malaysia. The opposition’s job was made all the harder by BN’s attempts to swing the election in its favor by redrawing electoral maps and passing a new fake-news law that some said was a move to stifle criticism of the government.

Speaking on the happenings on Malaysia’s political landscape, the founder of Perez Chapel International said: “When I got here [Kuala Lumpur] I told them that night that: ‘Everything is about to change in your life, your family and your nation’, and that night, suddenly two hours after the meeting, the party that has been in power for 60 years was just changed to the shock of everybody’”.

This is not the first time such a major political event has happened through the spiritual intervention of the Chancellor of Perez University College.

Bishop Agyinasare recalled that in March 2006, “When I held my Sierra Leone Crusade, the day I got there they arrested Charles Taylor and brought him to the country. The nation was afraid, the President sent their Chief of Defence Staff to the crusade to ask me to pray for a change for the nation. I laid hands on him publicly on the platform as a point of contact and prayed for the nation. That night, the United Nations decided to take Taylor away from Sierra Leone”.

In April 2005, he continued, “When President Faure Gnassingbe of Togo came to power after his first election, there was chaos in Togo and God sent me there for a meeting and immediately peace was restored”.

Meanwhile, Bishop Agyinasare’s visit to two churches in the Asian country – Living Word Chapel and City Tabernacle, Kuala Lumpur – led to the healing of a 25-year-old man who had been deaf & dumb from birth. Also, a man who had been paralysed for the past three years could suddenly walk without aid, while a woman suffering from breast saw it disappear. Additionally, a lady who had suffered amnesia for the past seven years to the extent that she could not remember her own name, was suddenly jolted back to her senses by the power of God and could remember everything.

Bishop Agyinasare has preached the gospel in 88 nations around the world. He would be holding the Supernatural Empowerment Summit, a leaders’ conference that brings together leaders from all over the world who impact the seven major pillars of society: politics, economics, academia, sports & entertainment, religion, family and media, from 27 May to 2 June at the Perez Dome.