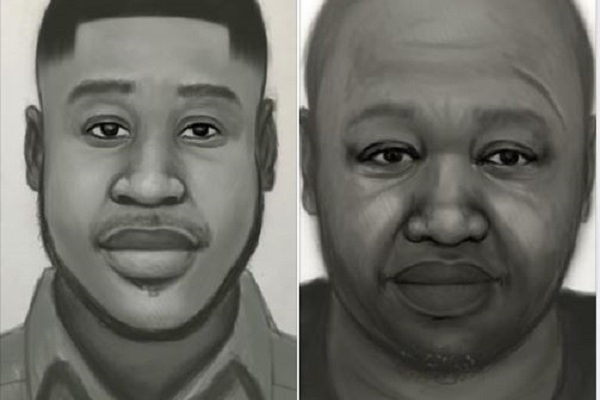 Today marks exactly one year after the killing of journalist Ahmed Hussein-Suale who used to work with Anas Aremeyaw Anas’s Tiger Eye PI.

Ahmed was shot dead by unknown assailants who were riding on a motorbike whilst the journalist was in a moving car in his neighbourhood six-months after the premiering of Number 12, an investigative exposé into the Ghana Football Association.

The late Ahmed Hussein-Suale, according to Anas Aremeyaw Anas was a key producer of that investigative piece.

Anas in a Facebook post released an artist's impression of the two men who allegedly murdered his colleague.

He said, “Anyone with knowledge of their whereabouts could kindly volunteer such information to the security services.”

Meanwhile, the brother of the deceased journalist has expressed his disappointment in the security services and the Akufo-Addo/Bawumia led NPP administration for not doing enough to bring the perpetrators to book.

In an interview with Accra based Citi FM, Ibrahim Kamilu Tahidu said the Attorney General does not even remember the date his brother Ahmed Hussein-Suale was murdered.

“In fact, the family is very disappointed in the security services and the government itself. It looks like they are not interested in the case. After all the noise, have you heard of anything again? And have you heard of any government official discussing it again? Even [in parliament] the Attorney General could not remember the date my brother was assassinated. Doesn’t that alone ring a bell that the government is not interested in our case?” he asked.

Tomorrow will mark exactly one year since the assassination of Ahmed Hussein-Suale, one of Tiger Eye’s investigators.

He was shot and killed by assailants on a motorbike while driving in his neighbourhood in January barely six (6) months after premiering of Number12, a documentary, Ahmed was a key producer on.

Anyone with knowledge of their whereabouts could kindly volunteer such information to the security services.