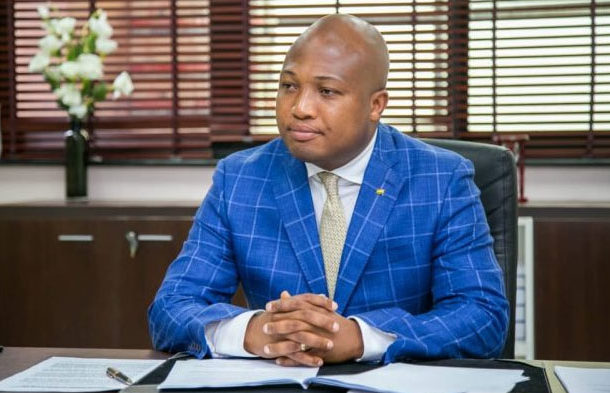 Samuel Okudzeto Ablakwa, MP, North Tongu, has insisted that the Ghana Air Force has not prioritised the purchase of a new aircraft.

According to him, the Military together with other security organisations in a series of meetings on the needs of the security operatives in the country with the ranking members of key committees in Parliament never mentioned that an executive jet is top of their priorities.

Speaking on Joy FM’s ‘Top Story’ programme, Tuesday, December 14, the Ranking Member for the Committee on Foreign Affairs intimated that the purchase of a presidential aircraft at the moment is needless.

“Carrying the President is very low down the ladder, particularly when only ten years ago, we purchased a presidential jet. If we did not have a presidential jet, the Falcon 900EXE is available. It’s in pristine condition, there’s nothing wrong with the Falcon,” Samuel Okudzeto Ablakwa explained.

The Minister of Defence, Dominic Nitiwul had mentioned in Parliament on Tuesday, December 14, that the purchase of a presidential aircraft is paramount for government business and the procurement of a new aircraft is necessary, particularly in the absence of Ghana Airways.

Ntiwul indicated that the government of Ghana is currently holding consultations on the purchase of an aircraft with the likelihood of backtracking on the procurement if need be.

He said, the government has already contacted two manufacturers, Airbus and Boeing, on the purchase of the aircraft.

But, Okudzeto Ablakwa has urged the government of Ghana to halt any consultations on the procurement of aircraft and suspend ongoing engagement with the manufacturers.

“This is neither here nor there. The point is not that it is long-term and will arrive in 2025 or 2026. That’s not the fundamental issue, the fundamental issue is that you are going to commit the Ghanaian people to this extra expenditure which is needless at this time, totally needless. We are saying that you have no business in consultations. Just stop it. This cannot be a priority, just suspend this. This cannot be the protection of the public purse,” he stressed.