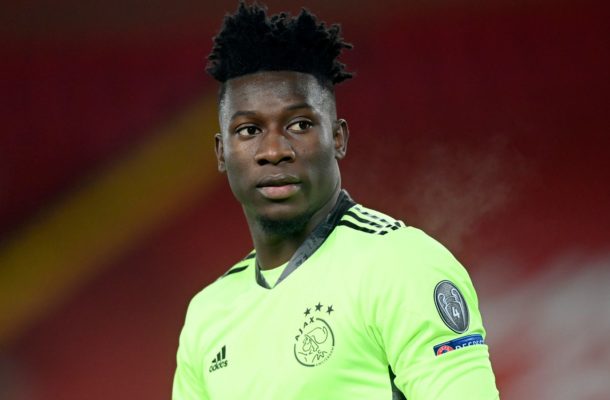 Ajax and Cameroonian goalkeeper Andre Onana has been suspended for 12 months by UEFA after he failed a doping test last October.

The suspension is effective as of February 5, and will apply to all football activities at both national and international level.

An out-of-competition check found Furosemide in the Cameroon international's urine, but Ajax claim Onana took it "unwittingly" after feeling unwell.

"On the morning of 30 October Onana did not feel well. He wanted to take a tablet. Unwittingly, however, he took Lasimac, a drug that his wife had previously been prescribed," an Ajax statement said.


Ajax said they would appeal the ruling at the Court of Arbitration for Sport (CAS).

The club added: "Onana made a mistake with the product and mistakenly took his wife's medicine, which ultimately led to UEFA's action against the goalkeeper. The football association's disciplinary body ruled that he did not intend to cheat. However, the European Football Association believes that, according to the prevailing anti-doping rules, an athlete has a duty at all times to ensure that no prohibited substances enter the body."

Onana and Ajax will appeal the ruling at the Court of Arbitration for Sport (CAS).