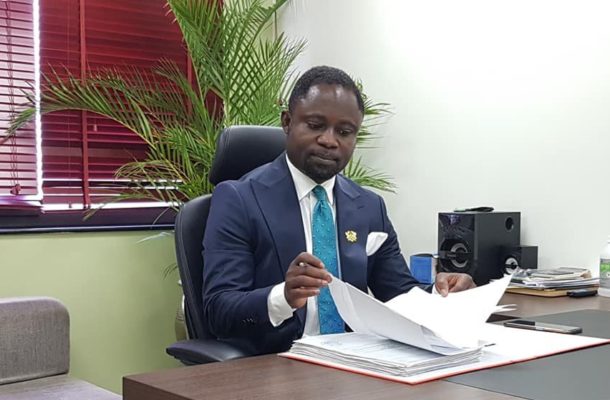 Minority Spokesperson on Health, Kwabena Mintah Akandoh, has defended his side’s insistence on a parliamentary probe of COVID-19 expenditure.

Speaking after Chairman of the Finance Committee of Parliament, Kwaku Kwarteng said such calls were an attempt to impugn the government, Mr. Akandoh retorted that “if you have nothing to hide; you have absolutely nothing to fear.”

“We are a Parliament, and we play an oversight responsibility over the executive and therefore, our standing orders allow us to play that particular function.”

“It is part of our responsibility to play an oversight responsibility and for me, it gives the quickest results when the parliamentary bi-partisan committee is set up for a single purpose.”


The Speaker of Parliament first admitted the motion from three Members of the Minority Caucus for an inquiry into the expenditure made by the government since the outbreak of the COVID-19 pandemic in 2020.

However, the First Deputy Speaker of Parliament, Joseph Osei-Owusu, who chaired proceedings of the House in February 2022 dismissed the motion on the floor of Parliament.

He said such a bi-partisan committee is already provided for by the Constitution, since the  Auditor General and the Public Accounts Committee (PAC) are empowered to do such work.

The Minority has indicated that it will re-file a motion for a probe into COVID-19 expenditure.

The Minority Leader, Haruna Iddrisu, said his side’s resolve has been strengthened by viral audio from a regional executive of the New Patriotic Party (NPP) that suggests that COVID funds were distributed to party functionaries.

Haruna Iddrisu said, “this is just the tip of the iceberg. We were here when our Foreign Affairs Committee reported how monies adding up to about GH¢66 million were spent on behalf of the ministry. Since when has the Ministry of Finance begun a procurement entity for the Ministry of Foreign affairs?”