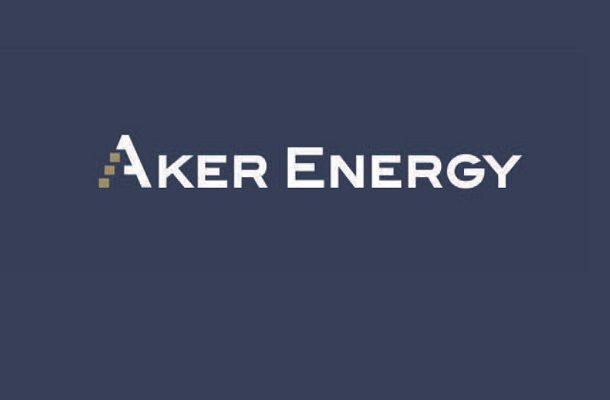 Norwegian oil and gas firm, Aker Energy, will on April 30 lay off a greater number of its employees in Ghana, West Africa, as well as those in Norway office.

This is due to the outbreak of the novel Coronavirus pandemic which has forced the firm to postpone, indefinitely, its deepwater Pecan project off Ghana and cancellation of Yinson FPSO contract.

About 60 of Aker Energy’s 100 staff in Norway and between 15 and 20 of its 40 employees in Ghana are likely to be made redundant, while about 40 consultants will also be let go.

Sources within the oil firm told energynewsafrica.com that employee packages have been worked out awaiting the release on April 30, 2020.

Some of the workers who spoke to this portal expressed worry about the development, saying: “We are shocked that our employers are sending us home at this era of COVID-19 when businesses have shut down operations and are not employing people.”

In their view, their employer could have engaged them to agree on certain terms so that when the COVID-19 is brought under control, they could return to work instead of laying them off.

Chief Executive Officer of Aker Energy, Svein Jakob Liknes, speaking about the development in the company, noted that “our main focus is to reduce burn rate while maintaining the core of the project organisation and contracts so that we can start the project in a sound manner at a later date.”

Liknes underlined that a Letter of Intent (LoI) awarded last month with Yinson for a floating production, storage and offloading vessel to develop the field located in the Aker Energy-operated Deepwater Tano-Cape Three Points (DWT-CTP) block remained in place.

“We have not cancelled anything at the current stage and we have a close dialogue with our suppliers. We are looking into all avenues to reduce costs prior to FID, which include considerations related to the LoI, but we have selected Yinson as a strategic partner. Banks and financial markets have also been hit by this, so, there is not a great appetite among investors right now," he said.

The FPSO was intended to be the centrepiece of a project to exploit the Greater Pecan area encompassing both the main reservoir, with between 450 million and 550 million barrels of oil equivalent, as well as other finds that could be potential tie-backs including Paradise, Hickory North, Beech, Almond, Cob and Pecan North.

It would deploy about 115 kilometres off Ghana over a subsea production system installed in ultra-deep waters in depths ranging from 2400 to 2700 metres.

Liknes said the company would use the postponement period to refine the commercial parameters of the scheme with the goal of reducing the break-even oil price to the low $30s per barrel through improvements such as optimised drilling.

It is now focusing on three main areas to cut costs — rephasing the project and reviewing the final concept, looking at alternative development solutions and maintaining strategic alliances with contractors.

Liknes said that studies on the subsea system would be completed next month to serve as a reference case when project work can be reactivated.

He also said that regulatory issues with the Ghanaian government, which had previously blocked project progress, have now been addressed.

The project's timetable was previously delayed because the most recent plan for development and operations proved incompatible with the country’s regulatory framework, forcing the operator to go back to the drawing board.

Consequently, project sanction was delayed until this year, which would have pushed first oil out from 2022 to 2023.
Liknes insisted the company remains committed to its flagship project and said he remains optimistic it can be made to work commercially.