Akonnor insists Kotoko will not change their style despite defensive woes 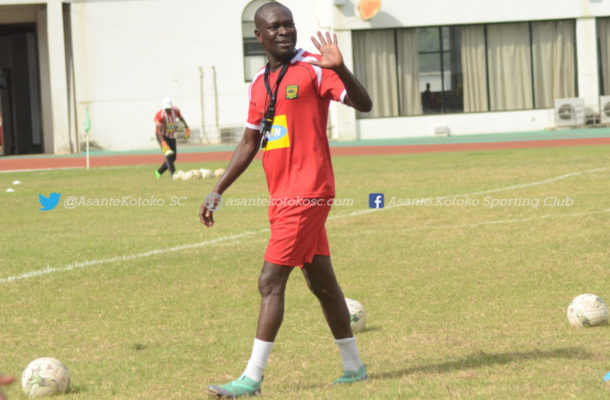 Asante Kotoko manager C. K. Akonnor has no plans to change his team’s possession based style despite their defensive problems.

Ahead of their clash with Nkana FC in the CAF Confederation Cup, the Kumasi-based side are bottom of Group C, having lost two games and won one.

Akonnor insists that is not enough to force him to change his attacking approach as the Porcupine Warriors look for a return to form.

“I have given the boys the believe to possess the ball all the time.

“Sometimes it goes well and sometimes it doesn’t. But, I am not going to change the style of play because they believe in that style and they would do it very well tomorrow.”

“We are already successful in the CAF Confederation Cup because nobody thought we would be here three or four months ago.

“We would improve, and since I am here, I would do my best to improve this team,” Akonnor optimistically told the media at the pre-match presser.

The Porcupine Warriors will host the Zambian giants on Sunday at the Baba Yara Stadium at 16:00GMT.