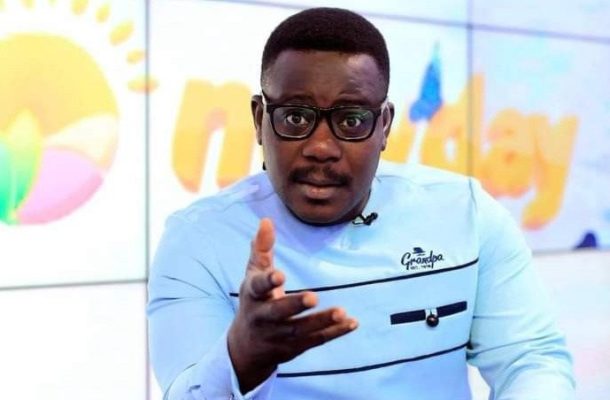 Some concertgoers at the 2022 Global Citizen Festival heckled President Akufo-Addo on Saturday, September 24, 2022, as he delivered a speech at the event.

The spectators who believe that Nana Akufo-Addo's poor governance is why the country is facing economic challenges, chanted "away!, away!" as he addresses the crowd.

However, the NPP is unpleased with the incident as its communication team has taken on the NDC for it.

This response by the NPP is what Johnnie Beresford Hughes, the host of TV3's New Day show has described as "pathetic".

Speaking on the Johnnie's Bite segment on Tuesday, the popular broadcaster pointed out how wrong it was for the whole governing body to suggest that their opponent (NDC) orchestrated the booing.

He said it was important for the NPP to take responsibility for the unfortunate happening at the Black Stars Square and admit that indeed the people are in pains and difficulties rather than blaming the NDC for it.

"I don't know where you stand and what your opinion is ㅡ whether you think it's wrong or right or whether you think it should be a wake-up call to the government or not... But, to the extent that the whole governing party's communication outfit put out a statement suggesting that it is members of the National Democratic Congress that were there to do that, I think it's pathetic," he berated.

He continued, "There's no sense of remorse on the side of government, the posture of government on these things is that everybody is blamable but not them."

Johnnie Hughes adds that the statement from the NPP was very disrespectful of Ghanaians and was better they did not release it.