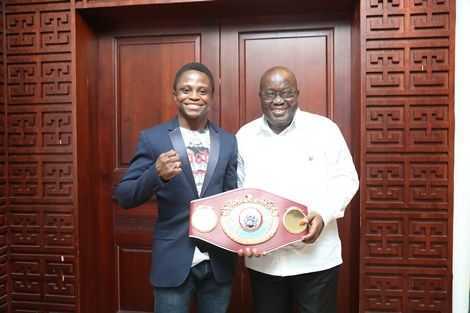 Dogboe gave Japanese boxer Hidenori Otake the shock of his life when he knocked him out in the first round to make a successful defence of the title he won in April.

In a tweet, the President wrote: “Warm congratulations to the Royal Storm, Isaac Dogboe, on the successful defence of his WBO Super Bantamweight title, against Hidenori Otake. The Ghanaian people are proud of him, and wish him the very best of luck in the future”