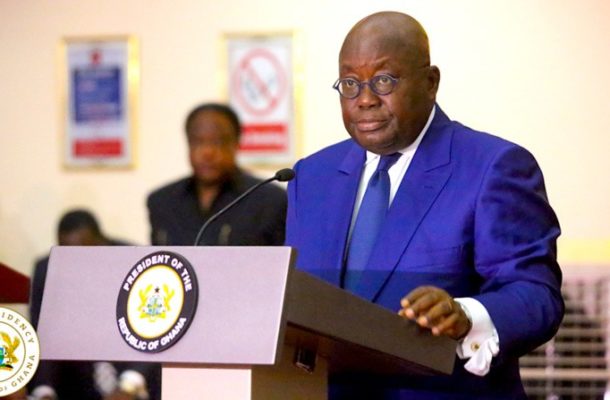 President Nana Addo Dankwa Akufo-Addo has revoked the appointment of former Director-General of the Ghana Maritime Authority, Kwame Owusu as Board Chair of the Ghana Revenue Authority.

The earlier appointment of Mr Owusu was met with disapproval from a section the public, including anti-corruption crusaders, due to the fact that Mr. Owusu was caught up in an alleged conflict of interest scandal leading to his exit from the Maritime Authority.

There were concerns that for an institution, like the GRA, that was struggling to meet its target, it should not have a person who’s integrity is under contention to steer its affairs.

Although the Presidency has never publicly commented about the revocation of Mr. Owusu’s appointment, the announcement of Prof. Stephen Adei as new Board Chair will put to bed any hopes about Mr. Owusu leading the Ghana Revenue Authority.

Ghana’s Minister of Finance, Mr Ken Ofori-Atta, on Friday, 20 September 2019, swore in Professor Stephen Adei as the new Chair of the Board of the Ghana Revenue Authority (GRA), and Mr. Eugene Asante Ofosuhene as a Board Member.

“Government is aiming to raise GH¢ 45.2bn in domestic revenues as the 2019 target even though GRA is 7.3% behind target as at end of July”, Mr Ofori-Atta said, adding that “although the country’s tax revenues have grown consistently over the last few years, Ghana’s tax-to-GDP ratio at 17.6% is still well below the middle-income country average for Africa.”