Akufo-Addo is the IGP of demonstrations – Kumchacha 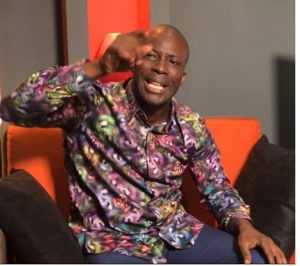 According to Kumchacha, President Akufo-Addo’s history as an activist goes back to the days of the Jerry John Rawlings administration in 1995.

He was speaking about the Arise Ghana demonstration organized to raise governance and economic concerns under the current administration of President Akufo-Addo.

According to Kumchacha, while he fully supports the exercise of civil rights including protesting, he is against the violence that characterized the first day of the protest held between June 28-29, 2022.

“It is not bad for people to hold demonstrations but what I am against is that knowing how bad things are in the country, you don’t go on a demonstration and destroy public property. Also, I am against bearing of arms during a protest, that is bad,” he said.

The first day of the Arise Ghana demonstration was marred by violence as some protestors clashed with the police after a disagreement over the route for the protest.

The violence led to the pelting of stones at the police by some protestors while the police retaliated with several rounds of teargas. More than 20 of the protestors were arrested by the police.

In a viral video, a senior police officer is seen assaulting a man who had been arrested during the protest and according to Kumchacha who expressed disappointment in the officer’s action, he would have retaliated if he was in the position of the suspect.

“That was wrong and if I was the victim I would have bitten the balls of the officer and slapped him in return,” he said.