Akufo-Addo replies critics; says ‘we have no policy to indoctrinate school children’ 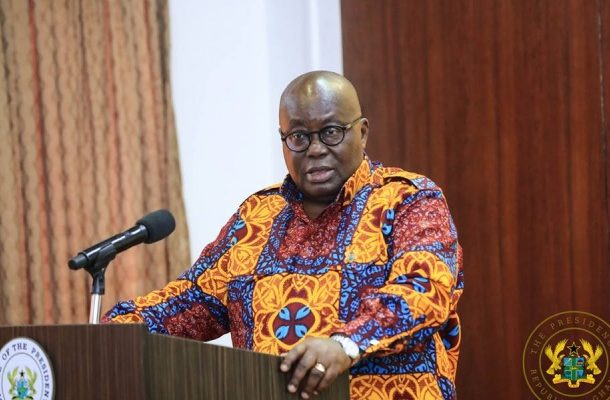 President Nana Akufo-Addo has replied critics of the much talked about Comprehensive Sexuality Education (CSE) in Ghana.

Ghanaians, both home and abroad who have shared their views about the CSE fear the programme will introduce children to homosexuality at a very young age.

But Mr. Akufo-Addo is reacting to the issue categorically stated that his government has no intention of introducing a policy in the country’s educational system that will be inimical to the development of basic and senior high school students.

He said his government as part of efforts to improve Ghana’s education sector introduced a number of policies such as the Free SHS and will not carry out other programs that will lead beneficiaries of these policies astray.

In what appears to be the breaking of his silence on the controversial issue, Nana Akufo-Addo who was addressing a congregation at the St. Cyprians Anglican Church in Kumasi on Sunday reassured Ghanaians and faith-based organizations to remain calm as no such policy was being introduced.

“Recently, there have been raging debates that Nana Addo government intends to introduce Comprehensive Sexuality Education as part of the curriculum for basic schools and the Free Senior High School Policy to indoctrinate the Ghanaian child. I didn’t introduce [the] policy for school children to be taught practices that are unacceptable and abominable to our cultural values. As I a Christian, it will never happen that I will preside over such a program. Let’s all keep calm because there is no truth in what is being speculated. I will rather plead with you to continually pray for me to gain the wisdom, good health and kindness, to govern this nation”, Nana Addo added.

The President also held a closed-door session with the leadership of the faith-based organizations.

This portal understands that the meeting centered on the CSE policy.

The government and United Nations Education, Scientific, and Cultural Organisation (UNESCO) launched the Comprehensive Sexuality Education programme in February 2019 but in the past week, concerns have been raised about the potential for pupils to be given awareness of sexuality and LGBTQ issues at too early a stage.

Groups such as the Minority in Parliament, civil society organizations and religious bodies have called on the government to withdraw the CSE from the new syllabus or risk being voted out in the 2020 general elections.

Others have challenged the argument that comprehensive sexuality education would cause the kids to engage in sexual activities adding that children would rather use the information to make the right decisions in their lives.

But pressure continues to mount on the Ministry of Education and the Ghana Education Service to withdraw the controversial policy from the 2019 curriculum of Basic and second cycle schools.

There have been conflicting reports and denials of the inclusion of the CSE in the 2019 curriculum by the Education Ministry and the GES.