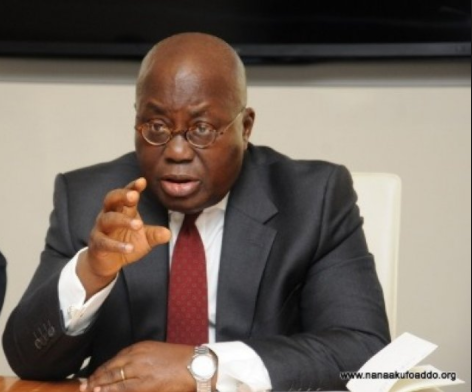 The piece has been released by ace investigative journalists, Anas Aremeyaw Anas to reveal corrupt practices at the Ghana Football Association (GFA).

President Nana Akufo-Addo on Tuesday May 22, reported the GFA’s president Kwasi Nyantakyi, to the Criminal Investigations Department of the Ghana Police Service after having been privy to the Number 12 undercover documentary, which captured him in apparent influence peddling.

Addressing the press on the issue, Deputy Chief of Staff, Samuel Abu Jinapor, indicated that President Nana Akufo-Addo is focused on tackling corruption and every individual found guilty in the documentary, will face the law.

Commenting on Peace FM’s Kokrokoo programme on Wednesday, 23 May, Mr Baako said: “The president watched not more than five minutes of the video and the Vice-President not more than 3 minutes.”

He added: “Kwasi Nyantakyi is my friend and I like him, he knows that. It is very painful that he finds himself in this situation.

“Even if I had no remote connection to Anas or BBC, I still will feel it as a person, it hurts. But that doesn’t mean that you cover up what appears to be a transgression or an infraction", he said.

“This project, again, is not exclusively Tiger Eye PI project, it is a joint Tiger Eye-BBC project.”, he disclosed.