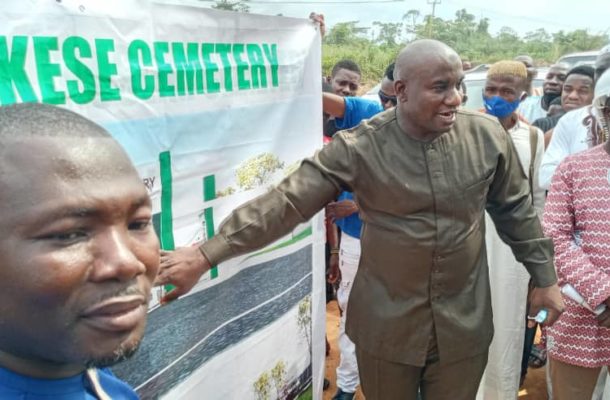 Jibril Issah at a ceremony to commence the projects

One of the personal bodyguards of President Akufo-Addo, Mr. Jibril Issah is giving back to society by constructing fence walls to defend the Asamankese and Asuokaw cemeteries in the Eastern Region.

Explaining the rationale behind the projects, Jibril, a native of Asamankese said, the fence walls will prevent the two cemeteries from encroachment and unauthorised entry of unknown persons who go there to make away with human parts their graveyards.

“We will all end up in the cemetery one day so if things are going bad we need to fix it. We should all help the community. I’m doing this not because I have money but I decided to give back to society. The President, Nana Addo has thought us to unite ourselves and desist from discrimination, there shouldn’t be division among us”, he said.

According to him, the cemetery will be divided into three; ie: Muslim, Christian, and one other in a bid to have a fitting cemetery in the area. 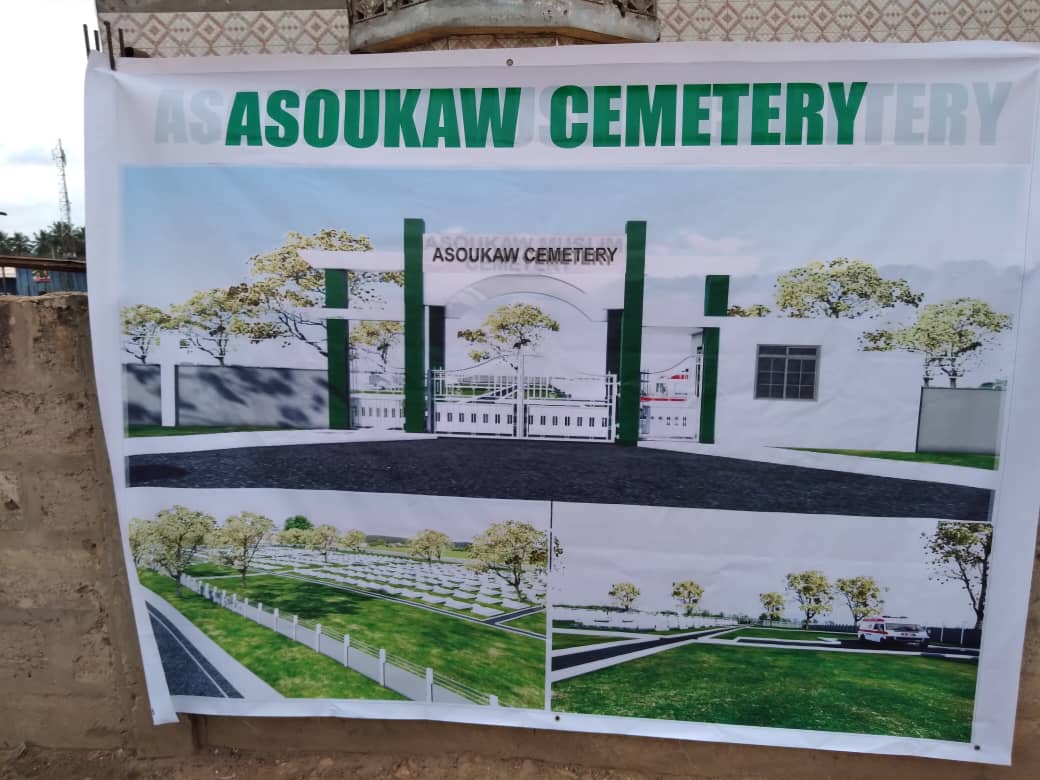 Mr. Jibril Issah said he does not want the residents to struggle with land to bury the dead, adding that in the days ahead, they are going to adopt the western style where the lands are divided to perform such activities.

He said the area has few lands where a chunk of people will be laid to rest after they are dead, thereby stressing the need to make the cemetery a better place to be used for a longer period of time.

He indicated the project involves huge sums of money but other individuals have volunteered to contribute towards it.

Mr. Jibril Issah, however, called on all Ghanaians to make peace as the country prepares towards the 2020 general elections.

Buhari Labaran Armata, contractor of the project also said that the project will be done in two faces. According to him, there will be a parking lot at the cemetery where hearses and ambulances will park before the dead bodies go to the graves.

He said phase one of the project [Muslims cemetery] is expected to be completed within the next twelve months likewise the second phase [Christian cemetery].

Mr. Jibril Issah also cut the sod for the construction of an ultra-modern library in the Lower West Akim Municipality.

Masahudu Mohammed, also a native of Asamankese who is collaborating with Jibril Issah to construct the library said it will be completed within the next six months at a cost of Ghc150,000.00.

He, however, encouraged Ghanaians not to engage themselves in election violence in the upcoming December 7th polls

The Asamankese Zongo chief, Strike Balla expressed joy and commended Jibril Issah for his decision to give back to the society. According to him, it is an honour to see a native from the Zongo providing such support for the communities.  Balla, therefore, called on others to emulate him for the betterment of the Asamankese Zongo.

He lamented the importance of the fencing of the cemeteries, adding that the steps taking will help prevent intruders from practising bad act done in previous years.