Akufo-Addo’s ministers, others hit by coronavirus? 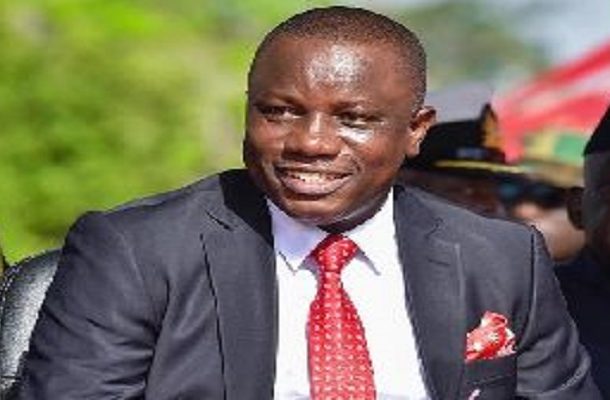 The Akufo-Addo government is heavily embroiled in suspicion that, some of its ministers and appointees, have already been afflicted by the deadly Coronavirus and are either in quarantine or been treated, after official trips to highly endemic countries.

Details are foggy, but names such as, Senior Minister, Yaw Osafo-Marfo, Defence Minister, Dominic Nitiwul, Environment, Science, Technology & Innovation minister, Prof. Kwabena Frimpong-Boateng and Executive Secretary to the President, Nana Asante Bediatuo, are making the rounds as government officials who are either in self-isolation or being treated for COVID-19.

Suspicions that these individuals, have the condition or are in isolation, have been heighten by claims that they have not been seen in the public space in a while.

However, the name of Yaw Osafo-Marfo, is on the lips of many as indeed, living with the disease.

It is even held that, the eight patients whom President Akufo-Addo, said were receiving Coronavirus treatments from their private homes during his last broadcast on the pandemic, could be the government officials.

The names mentioned, have been linked to President Akufo-Addo’s trip to Norway, from where the Norwegian Ambassador to Ghana; Gunnar Andreas Holm, contracted the disease. He had close contact with the Ghanaian delegation.

The ambassador’s wife and other members of his household were also said to have contracted the disease which has killed thousands of people worldwide. It is, however, unclear if they are among those being treated from their homes.

Others were the Deputy Chief of Staff, Francis Asenso–Boakye and Nana Asante Bediatuo.

But there are other ministers, who had been on other official trips to other affected countries ravaged by the disease and have had to be quarantined.

Defense Minister, Mr Dominic Nitiwul, who falls in this category had to be quarantined after his trip to South Korea.

The Norway trip by the President and other government officials, had seen the Foreign Affairs and Regional Integration Minister, commissioning Ghana’s rented Diplomatic Mission in Oslo, Norway, to serve some three thousand (3,000) Ghanaians resident in that country.

The commissioning ceremony of the five-year lease rented facility was held on Monday February 24, 2020, on the sidelines of President Akufo-Addo’s official State visit to Norway.

The plan to open a Diplomatic Mission in Norway, was first announced by the Minister for Foreign Affairs in September 2018, after President Akufo-Addo and the Prime Minister of Norway, Erna Solberg, held bilateral talks in New York on the sidelines of the 73rd United Nations General Assembly (UNGA) in New York, USA.

But upon return, the offices of the Norwegian Embassy and the United Nation (UN) agencies in Ghana have shut down indefinitely after confirming the deadly Coronavirus (Covid-19) in Ghana are all staff of these agencies.

“The Embassy of Norway can confirm that one of our colleagues has tested positive for the COVID-19 virus. The person is in quarantine and the Embassy is in close dialogue with Ghana Health Service. Routine contact tracing has commenced. The Embassy is closed to the public until further notice, but staff are operating from home. We urge everybody to follow the preventive measures issued by the WHO and Ghanaian authorities,” read a statement from the Norwegian Embassy on their social media platform.

It was also confirmed that on Wednesday, March 11, 2020, the Norwegian Ambassador to Ghana, Grunnar Andreas Holm held a party at his residence where diplomats from other embassies and their families, Ghana government officials and the business community were all in attendance in what could cause unsuspecting transmission of the human-to-human Covid-19.

While, the UN staff had reportedly returned to Ghana from travel in Turkey on February 29, 2020 and fell ill shortly after, the Norwegian Ambassador, had also returned from an official engagement in his home country which has been badly hit by COVID-19.

At the party, parents of the three major international schools in Ghana: the Lincoln Community School, the Ghana International School (GIS) and the German-Swiss School, were in attendance and could possibly have passed any potential infection to their wards.

Incidentally, the Norwegian Ambassador was in close contact with President Akufo-Addo and several cabinet ministers and government advisors when they travelled to Norway around February 24, 2020 to inaugurate the Ghanaian Embassy in Norway.

President Akufo-Addo and his entourage, had had handshakes and cordial interaction with the infected Andreas Holms. The exact time of his infection is unknown, but experts say the COVID-19 takes between 14 and 21 days of gestation period to manifest in a patient.

Meanwhile, Parliament has directed two members, Dr. Robert Kuganam-Leb and Nasser Mahama Toure, as well as five staff of Parliament, to go into quarantine after they returned from abroad.

According to Majority Leader, Osei Kyei Mensah Bonsu, the Deputy Ranking Member on the Health Committee and Ayawaso East MP, as well as the staff members, have been asked to stay home, after they travelled to some affected countries.

He said on the floor of parliament on Thursday that, Mr Toure who is MP for Ayawaso East “is coming tomorrow. He should stay out., He will be coming from India.”

The Minister for Parliamentary Affairs, named five parliamentary staff who have also returned from Nigeria as others who have been affected by a directive not to show up to work in the house.

“Staff members have also been advised to stay out, including their spouses who went to Nigeria. The advice is that these people should stay outside for the time being,” Mr Mensah Bonsu said.

“They should stay outside to enable a period of purge to take place before they come,” he added.

After the Majority leader named the affected individuals, First Deputy Speaker of Parliament, Joe Osei Owusu, who was presiding over sitting quizzed “if there weren’t arrangements for people to self-quarantine?”