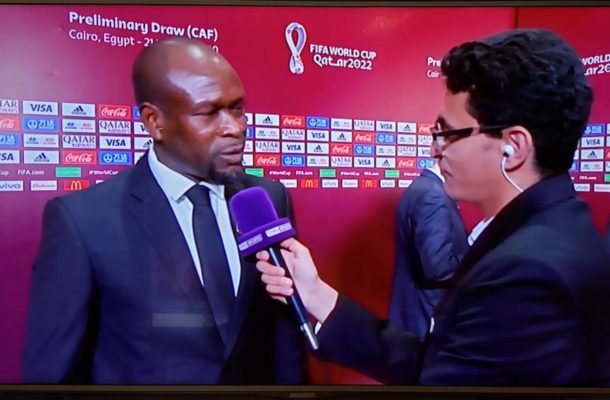 Black Stars coach Charles Kwablah Akonnor has made a bold claim to fight any form of interference,  promising to be his "own man" in the discharge of duty as the head coach of the black stars.

The former skipper of the black stars says he is ready to deal with any form of  external influence under his administration, a problem many pundits believe has caused the failures of many coaches of the national team.

There has been the question of how players get selected to the national team, with many pointing hands on the higher authorities of dictating to coaches of which player gets to play for the nation.

But in a video interview which was shown at the maiden edition of the Ghana Football Association (GFA) Meet-The-Press series in Accra Monday, the 45-year-old Akonnor said he would be the man in charge to work hard together with his technical team to restore the image of the Black Stars.

“I promise to be a man of my own by taking the right decisions and sticking to them rather than having an external influence from higher authorities. It is an opportunity given to me to serve my country and I am ready to work tirelessly with my technical team to restore the image of the senior national team,” he said.

The former Hearts of Oak and Asante Kotoko trainer was appointed by the GFA to replace Kwasi Appiah after the association did not extend the latter’s contract which ended on December 31, 2019.

Coach Akonnor is expected to lead the nation’s quest to end a 38-year wait for the Africa Cup of Nations (AFCON) in Cameroun next year by first qualifying for the continental competition.

He will also have the chance to qualify the nation to her fourth FIFA World Cup in Qatar next year after Ghana drew South Africa, Ethiopia and Zimbabwe in Group G of the qualifiers last week.

Commenting on the chances of his team, Coach Akonnor said he was currently assessing all players who had played a role with the Stars under former coach Appiah, and looking out for other equally good footballers who could feature for the team.

“I am currently examining all the players who played under the former boss.

I am also looking out for other equally good footballers who can feature for the team,” Coach Akonnor said in the documentary.

He noted that the team must work collectively and tirelessly to achieve results for the AFCON and the World Cup campaigns next year.