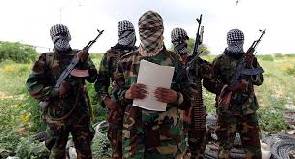 Two police officers have been reported missing after a suspected Al-Shabaab attack at the Hamey patrol base, Garissa County, in northeastern Kenya, near the Somalia border.

About 50 attackers had first raided the station in two Toyota Landcruisers at around midnight but were repulsed.

They retreated but later returned in a lorry and fired three bombs at the camp, forcing the officers to withdraw for cover.

The attackers stole machine guns, about 1,000 rounds of ammunition, police uniforms and a Toyota Landcruiser.

Kenya Police headquarters said the post had a total of 14 officers and nine of them had been accounted for.

One of the officers who was seriously injured has been airlifted to Nairobi for specialised treatment while three others were taken to the Dadaab hospital.

More officers have been deployed to the area to carry out air and ground surveillance as the hunt for gunmen continues.

Al-Shabaab has staged several attacks in Kenya, including the massacre of 147 people at Garissa University in April 2015.