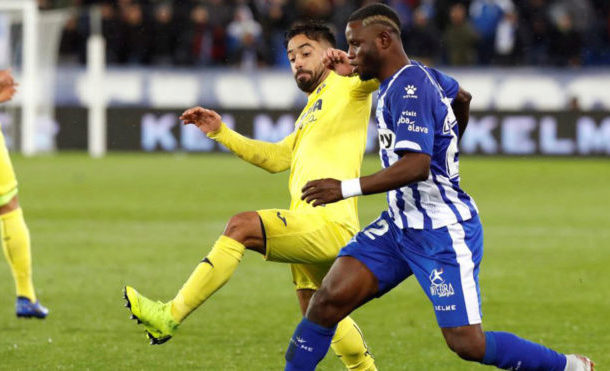 Deportivo Alaves midfielder Mubarak Wakaso is a major doubt for Wednesday’s Copa Del Rey fixture after picking up an injury in the win against Villarreal over the weekend.

The injury occurred after a collision with Ximo Navarro which resulted in the Andalusian defender evacuated to a hospital with a jaw injury that does not seem to be serious.

Although the Ghanaian international was able to last the entire duration without problems, he underwent medical tests immediately after the game.

The medical report shows  a "grade I-II sprain in the acromioclavicular joint of his left shoulder."

The hard-tackling enforcer is therefore likely to sit out tomorrow’s Spanish cup game against Girona.

He is however expected to be back in action as the Basque club take on Eibar in La Liga on Sunday.