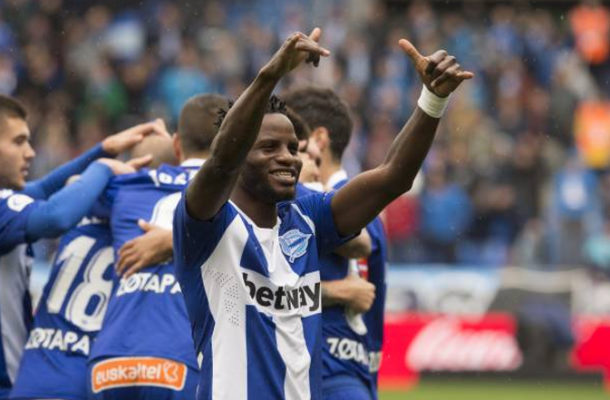 Reports from Spain suggest that Laliga side Deportivo Alaves are ready to listen to offers for their Ghanaian star Mubarak Wakaso in the January transfer window.

This is because the 29-year old Black Stars midfielder has less than a year left on his current contract and attempt to lure him to sign a new deal has proven futile.

Wakaso has been one the highest performance players for Alaves sign joining them two seasons ago and the Ghanaian is one of the club's most used players this season.

However, Alaves stand the risk of losing one of their most priced assets for free should he continue playing beyond the current window.

Earlier this week, reports emerged from the Spanish media linking Wakaso with a move to Chinese super league outfit Shanghai Sheng Hua although no official bit had been placed yet.

Clubs from the English Premier League have also shown interest in the Ghanaian international in the past but no such reports has emerged lately.