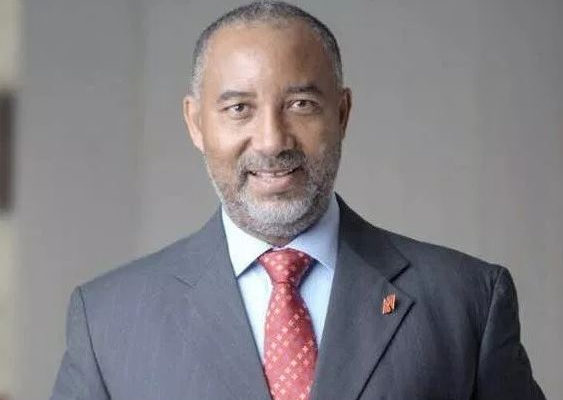 The NDC Action Movement has become aware of the intense horse-trading, lobbying and self-promotional gimmicks by some party stalwarts all in an attempt to get the flagbearer's attention and sway his choice of a running mate, even as the party prepares for election 2020.

While we are vehemently opposed to the idea of the NDC attempting to gamble away its 2020 fortunes with unexciting running mate, the practicality of Mahama/Alex Mould ticket is very evident to all.

The savviest of pundits will tell you that the NDC is going to run a defensive campaign come 2020. And as we've seen in recent times, Mahama and the party would have to swing into the defensive mood anytime Dr. Bawumia shouts incompetence and makes referral to the issues that led to the rejection of Mahama at the polls in 2016. Which is why Mahama needs a running mate with exceptional capabilities and policy brain. We are not talking about any high-profile flip-flopper or any of the pretenders out there briskly engaging in self-promotional gimmicks.

The would-be veep must necessarily be a policy communicator - Someone who can lead and elevates the conversation and also engage in the contest of ideas in the open marketplace.

The person must be someone with the ability to transcend generationally, and partisan divisions, someone with thoughtful approach to weighty issues and message of bipartisanship - Someone capable of outclassing Dr. Bawumia on the political stage - Someone with a reputation, experience, earthy charm, improvisation and style - Someone who brings political savvy and fighting qualities to the ticket-it must be a pick widely lauded.

The Action Movement is of the view that, gifting the running mate to Alex Mould will put the NDC in pole position for power come 2020.

The NDC must modernize. This means that a whole generation of NDC politicians must give way to a newer, more objective, and better-informed generation. Forget about the usual African deference to gerontology; it’s the reason why we had slavery and still have child labour in our culture.

We are not saying the older generation of politicians must be locked up in a closet and the keys thrown into a KVIP. No. They are all welcome to participate in one way or the other in the continual edification of the nation. However, we all just have to realize that the time for meritocracy has come and is here to stay. The old and tired political nepotism practiced by Ghana’s elite, both traditional and business, must give way to a more objective, merit-based system.

That’s how nations unearth the best leaders, like Barack Obama of the U.S., David Cameron of the U.K., Manmohan Singh of India, and Naoto Kan of Japan. We will be circum-ambulating in the desert of penury, poverty, and backwardness forever if we fail to admit this fact and act accordingly.

And who can undertake this Herculean task of bringing the NDC into the 21st Century? We strongly believe that Alex Mould is a powerful metaphor of the new generation of Ghanaians who are ready and willing to oversee this transitioning of governance systems. He must be seriously considered for leadership of the NDC at the highest level at the next elections, or at any other opportunity for that matter. There are scores of reasons why we give him our vote of confidence. Here are a few of them:
1. Alex Mould is an intelligent and tenacious person. He is self-made, and the epitome of the tried, tested and workaholic.

2. Alex Mould is righteous to boot and can make the case that needs to be made. He has a well-honed international outlook on life, unlike some of our present political class who cannot see beyond their villages and tribes. Alex Mould can relate to anybody from anywhere, be they child or adult, male or female, black or white, educated or uneducated, northerner or southerner, westerner or easterner, mediocre or talented. He can inspire a new generation to new heights of social responsibility with his exemplary biography.

3. Where else can Ghanaians find a comparable role model for their children, the future rulers of Ghana? No one can deny the fact that the decades of bad role models in political leadership have had a markedly negative impact on the psyche, discourse and behaviour of Ghana’s youth. So much so that most young people have lost respect for themselves, their elders, and authority in general. Tro-tro and taxi drivers are screaming profanities at each other, popular music is openly touting promiscuity, and public discourse is rotten and full of abrasiveness. If the leaders can open their mouths and utter whatever untreated sewage, what do you expect the children to do? Speak and act like the Pope? When the fish begins to rot, it starts from the head.

Alex Mould is obviously the darling boy of many political flowers both from within and outside the NDC, and the ruling party would feel threatened at Mahama/Mould ticket. He can sanitize public discourse with his civilized and polished oratory. We could go on and on, so we will conclude.
If Ghana is to modernize culturally, economically, politically, and behaviourally, the most enlightened of her children must lead the way. Alex Mould can and will lead the way if given the opportunity.

Alex Mould is noble, maybe not by birth, but certainly by virtue. Such are the people who should be allowed to lead, as John Fletcher pointed out over 500 years ago.
He certainly has the wherewithal, the stature, the credibility, tenacity, personality, integrity and the sincerity to lead the NDC as would-be veep - An intellectual and a unifier who would bring many aggrieved members and the floating voters on board the NDC train.

It must also be admitted that he is well-liked. He has the reputation for being affable and charming, and most Ghanaians – alas-seem to have soft spot for him as a result of his philanthropic work.

The NDC needs a new crop of selfless activists who looks ready for the future and really wants the job. The party has to move on and offer credibility to its presidential ticket.

So there you have it; in order to make a mark in 2020, Mahama needs to shed the very attributes that once placed him a heartbeat away from it and nominate Alex Mould as his would-be veep.