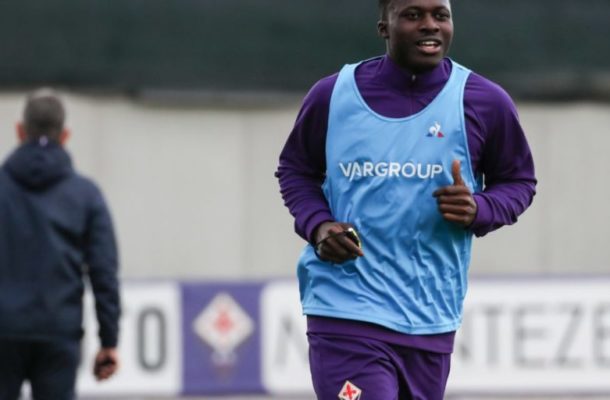 Ghana's Alfred Duncan is set to make his debute for Fiorentina against Sampdoria on Sunday.


The 26-years-old has not been in action since his move from from Sassuolo to Fiorentina on deadline day of the winter transfer window in a deal that is expected to be made permanent in the summer transfer window.

In his first interaction with the Italian media on Thursday morning, Alfred Duncan described his switch to Florence as a dream move while citing that he has been dreaming of playing for Fiorentina for the past four years.

The team came on the field in the first weekly training session in view of the match against Sampdoria and Duncan has joined his colleagues at training in preparation for the clash.

After two days of stoppage, the Viola from Machining resumed their preparation at the sports center in view of Sunday's match at 3 pm at the Luigi Ferraris stadium.

Fiorentina currently sits 14th on the standings of the League but could improve that position if they show consistent form.

Below is the video of the purple club posted on social media where Alfred Duncan is clearly seen together with the group, at least as regards the first phase of warm-up.