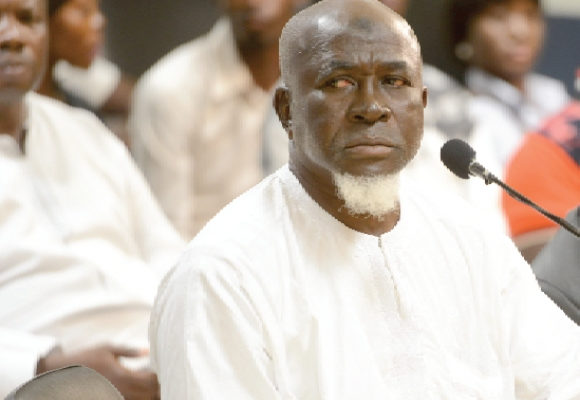 Grusah believes fifa's ban was 'too harsh, ' arguing that some people have done "worse things than what Nynatakyi did.

Kwesi Nyantakyi, has already announced that he will appeal to sports highest court to overturn his life-time ban from all football related activities, a move Grusah believes is  a "step in the right direction".

"I strongly believe that the decision from the adjudicatory chamber of the independent Ethics Committee is too harsh," Grusah said.

"A lot of people have done worse than what Kwesi Nyantakyi got himself into but weren’t given such punishments,” Grunsah told Goal.com.

“I believe Nyantakyi must appeal this decision because it is possible that it can be overturned or the punishment reduced to a certain number of years.

“Another surprise was when I heard that he should pay a fine of almost $500,000 after all these troubles. I’m not happy with what has happened to him and will advise that he sees his lawyers as soon as possible.

Mr Nyantakyi has additionally been fined 500,000 Swiss Francs (over GH₡2.4million).

Per the verdict by FIFA ,Nyantakyi has been forced into an early retirement from all football related activities.