All set for GFA Elections on October 25 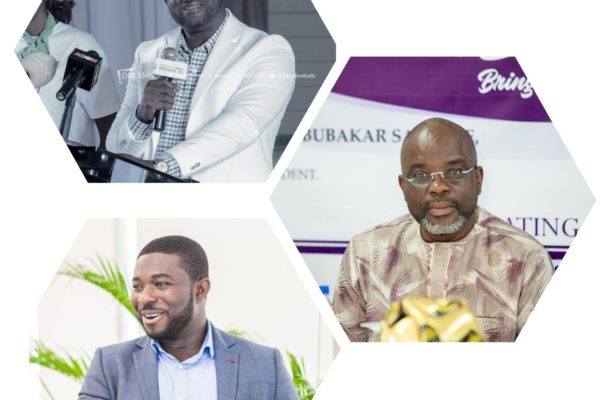 The Normalisation Committee (NC) of the Ghana Football Association (GFA) on Friday, September 20 closed nominations for aspirants who want to contest for various positions in the upcoming elections.

It was an interesting sight to behold at the GFA Headquarters in Accra as aspirants trooped in with their entourage to file their forms before the 16:00 GMT closing time.

The topmost of the position to be contested for in the coming elections is the Presidency.
For many connoisseurs of the game, the position has become even more curious because the head of the next GFA administration would determine the direction of local football after being hit with the biggest scandal of the Number 12 expose.

Among other things to ensure that the best person represents the Association after the elections, aspirants are expected to undergo a mandatory FIFA integrity test and after which the tone would be set for the election showdown.

With widespread allegations of the potential disqualification of some aspirants, a lot of the best brains of the game and former Executive members have filed their forms to run as candidates for the biggest seat in Ghana football.

As at close of nominations, seven aspirants had filed their nominations for the top seat with only one real surprise.

Former GFA vice-president Fred Pappoe and Amanda Akuokor Clinton (an international lawyer) have all added their names to the list of interested parties.

The surprising name that popped up on the final day was one Mr George Ankama Mensah who owns Okay FC, a second division side in the Greater Accra region.

However the race for the Executive Council throws up some interesting names with Medeama Board Chairman Dr Toni Aubynn, Asante Kotoko’s Chief Executive George Amoako, Ashgold’s Chief Executive Frederick Acheampong have all filed their nominations for a place on the council.

Vetting for the aspirants is scheduled for September 26 to October 1 with the elections slated for October 25.