All you need to know about the new acting IGP 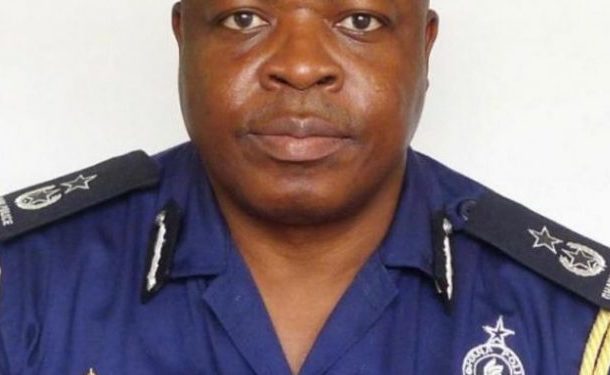 The appointment followed a directive for Mr. David Asante-Appeatu to proceed on leave with immediate effect pending his retirement from the Ghana Police Service on Wednesday August 14, 2019.

Here is his profile:

James Oppong-Boanuh hails from Aboabo No.1, Dormaa District in the Bono Region.

COP Oppong-Boanuh was called to the Bar and enrolled as a Member of the Ghana Bar Association in 1984, the same year he graduated from the Ghana School of Law.

Between 2010 and 2012, he was appointed Police Commissioner and Head of Police Component of the African Union-United Nations Hybrid Operation (Mission) in Darfur (UNAMID).

In 2005,  he was also appointed Deputy Police Commissioner for the African Union Mission in Sudan (AMIS) and led the Advance Team to set up the Police Component of AMIS.

In the same year, he drafted the Police Component’s Concept of Operations (CONOPS) and acted as Police Commissioner for the Mission until the arrival of the substantive Commissioner (November 2005 – March 2006).

Between 1984 and 1986  he lectured in Criminal Law and Criminal Procedure at the Ghana Police Academy(National Service).

Later on, he became a legal officer at the Legal Department of the Agricultural Development Bank, Accra.

Advising the Ghana Police Administration on matters of the law – both criminal and civil – he was directing and supervising investigations by giving legal advice on case files at both investigations and prosecutions level.

As the Regional Traffic officer supervised the introduction of the “Casino One-Way” thereby easing traffic congestion considerably in the Tema Metropolis.

As the Regional Commander for the then Brong-Ahafo, strictly enforced Patrols within the Region, especially on highways, thereby curtailing armed robbery.

Through dialogue and consultation, managed to keep the chieftaincy disputes in the Brong-Ahafo Region in check.

As the Regional Commander for Accra, he devised effective crime management strategies that ensured the enjoyment of peace by the residents of Accra and its suburbs. Armed robbery reduced considerably during his tenure as Regional Commander.

As the Chief Staff Officer to the IGP, he reorganised the Police Headquarters administration by introducing decentralisation and giving each Schedule Officer a Secretariat with its own staff including a Staff Officer.

As the Police Commissioner for UNAMID, facilitated the appointment of female officers into command positions.