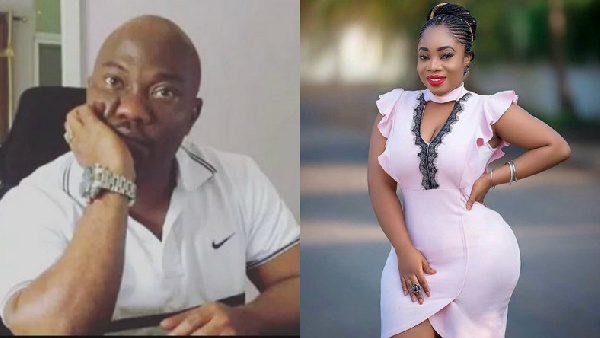 CEO of Madhaus Entertainment, Mr Livingston Aik Abani, has reacted to viral news on social media that he is spreading the HIV/AIDS virus to Ghanaian female celebrities.

The Ghana-based Nigerian businessman in a bid to clear his name showed off a test results he took in the midst of the scandal that proved he tested negative to the deadly sexually transmitted virus.

Mr Livingstone who is alleged to be one of the main sponsors of socialite Moesha Buduong is accused of deliberately infecting other celebrities with the virus by offering them cash and other luxurious items.

In reaction, Mr Aik has dared those behind the allegation to come out publicly than to rather use ghost social media accounts to tarnish his image.

“The person behind it and the ones posting should stop being cowardly and come out in the open if there’s truth to their allegations. You can’t hide behind social media handles and tarnish someone’s image” he said.

The businessman is also said to have reported the matter to the Ghana Police.