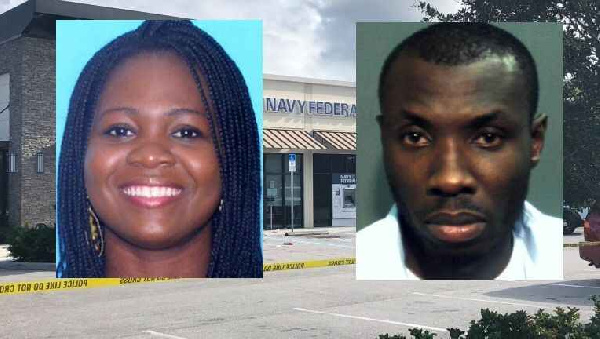 Ghana’s Ambassador to the United States, H.E. Dr. Barfuor Adjei-Barwuah, on Friday, September 18, 2020, placed a call to the family of Barbara Tommey, the 27-year-old Ghanaian who was brutally murdered on Tuesday, September 8, in front of the Navy Federal Credit Union in Orlando, Florida.

Speaking to the parents and siblings of Barbara, the Ambassador extended distinct condolences on behalf of the President of Ghana, H.E. Nana Addo Dankwa Akufo-Addo, the Embassy and the entire Ghanaian Community.

Reiterating his heartfelt sympathies to the bereaved family, the Ambassador said, "We cannot attempt to understand your pain and will not even pretend to comprehend your grieve but it is our fervent prayer that God grants the family peace and comfort during these trying moments."

Barbara Tommey was an assistant manager at the Orlando, Florida branch of Navy Federal Credit Union and was in front of her workplace last Tuesday when she was fatally shot several times by her estranged husband according to authorities in Florida.

The deceased will be laid to rest on Saturday, September 26, 2020 in Orlando, Florida.