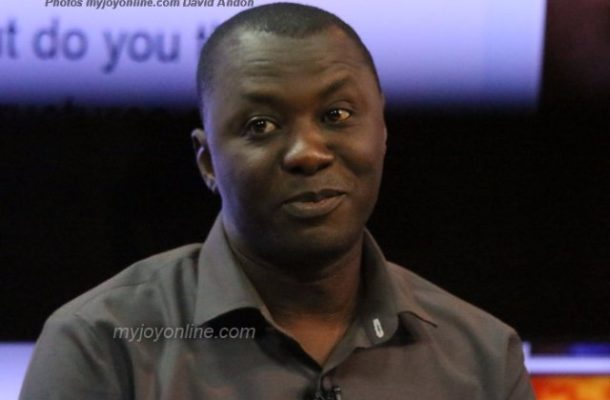 The Executive Secretary of the Africa Center for Energy Policy has given a damning verdict of government review agreement of the controversial AMERI deal.

Ben Boakye, whose think tank was vehement in criticizing the original AMERI deal signed in 2015 by the Mahama led administration, told Joy News’ Emefa Apawu the new deal entered into by the Akufo-Addo led government is even worse.

He rubbished claims the new deal will save Ghana a whopping $400 million and advised Parliament to reject it.

His former boss at ACEP, Mohammed Amin Adam who led the AMERI criticism against the NDC is now a Deputy Energy Minister who may have played a role in negotiating this new deal.

The $510 million Ameri deal was signed between the Mahama led government in 2015 at a time when the country was reeling under a heavy power paralysis.

The deal was to shore up Ghana’s power supply and to help solve what became known as the return of “dumsor”- power outages.

However, the deal triggered a well of controversy with civil society groups including IMANI, ACEP raising issues about the cost of the power plant.

According to IMANI, the deal had been inflated by over $150 million and demanded that government abrogate the deal.

Vice President of IMANI Kofi Bentil said the then government officials paid a whopping $150 million to a middleman for little or no job done.

But officials of the Mahama led government were adamant in the face of criticism.

Deputy Power Minister at the time John Jinapor justified the agreement saying, the $510 million was for a period of five years which is not the same as paying for a product on a shelf.

The then opposition New Patriotic Party was not left out of the controversy, accusing the Mahama led the administration of price inflation.

It promised to review the agreement if it won power and shortly after it did, the Akufo-Addo led government quickly set up a 17-member committee led by Philip Addison, a lawyer, to investigate the details of the agreement.

The committee among other issues, advised the government to review the agreement with Ameri company.

The review has been done and a new agreement has been brought to Parliament for approval.

In the new agreement, the government claims the new deal will save the country a whopping amount of $400 million over a 15-year period.

Under this agreement, a new company- Mytilineous International Trading Company will take over the management of the Ameri power plants for 15 years.

The new company has offered to pay Ameri an amount of $52,160,560.00, with the government paying the remaining $39 million to the Dubai based company so they can wash their hands off the deal entirely.

Joseph Opoku Gakpo reported the Minority as saying the new agreement is terrible.

They said the deal will make Ghana pay double the amount for the original contract to AMERI.

Minority Spokesperson on Energy Adams Mutawakilu disputed the claim by government that the new deal will save Ghana $400 million.

He said the new deal will rather make Ghana lose money and the old deal should have been allowed to stay.

“There are a lot of questions for the minister to answer. This agreement will be worse. They say ours is worse. Theirs will be terrible,” he said.

He said the cost will be about twice what AMERI was claiming.

“The old deal was perfect and that is why the Attorney General vindicated us,” he said.

However, Ben Boakye agrees with the now Minority in Parliament that the new agreement is worse.

He said a renegotiation of a contract like this should have translated into savings for Ghana but that is not the same with the Mytilineous deal.

“Looking at the contract as it is and what we have seen from Parliament we can conclude that this deal is even worse than the original contract.

“We signed a five-year arrangement with AMERI and we are supposed to pay $510m. That is a five-year cash flow of 102 million every year. Already we have paid $171 million. Under this new agreement, we are committing to pay an extra $39 million which will bring the total settlement to 210. What is being transferred to this new company is the 300 million that we would have paid to AMERI.”

He said this new agreement with Mytilineous is worth in excess of $1 billion adding “it doesn’t really make sense.”

He said the government cannot claim to reduce prices per kwh only to 11 cents to extend the number of years of the agreement.

“AMERI’s contract would have terminated within the next two years after which the country owns it and the tariffs would have been 10.4 cents so if you are giving us 11.7 for 15 years that makes it more expensive,” he said.

“This cannot be savings to the public,” he said.