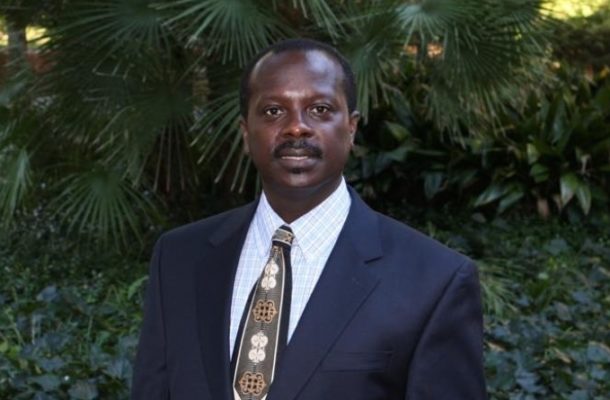 US-based Ghanaian law professor, Kwaku Asare (Kwaku Azar) has said the Special Prosecutor Martin Amidu should have stood his grounds and continued with the Agyapa investigations despite interference from the President.

Prof Asare in a Facebook post said: “My opinion is that the SP should have stood his grounds and continued with the Agyapa investigation. This is exactly what Justice Abban did when General Acheampong attempted to interfere with the tabulation of the UNIGOV results.

"I also think Presidents should avoid inviting independent officers to the Presidency to discuss their work, especially if such work implicates the executive. Such invitations compromise independence in appearance and furthers the myth that the President is a King.

“We should stop creating offices just to check a box. Offices require logistics (building, supplies), budget and staff. These things must be in place as a condition precedent to the creation of offices. Incidentally, we should also stop creating overlapping bureaucracies, all underfunded.

“There is no justification for issuing someone a warrant of appointment only for the letter of appointment to come two years later. The only thing worse than that is not to pay the person for two years while keeping him in the dark as to the nature of his benefit and emolument.

“Finally, boards of these independent bodies serve no purpose. In fact, some of them just cause troubles.”

According to him, President Nana Addo Dankwa Akufo-Addo was interfering in the performance of his duties in relation to the risk of corruption and anti-corruption assessment on the controversial Agyapa Royalties Transaction.

Mr. Amidu said the President attempted to convince him to include a response from the Finance Minister Ken Ofori-Atta in his report which he declined because “that would have compromised my independence as the Special Prosecutor.”

Mr. Amidu in his corruption and anti-corruption risk assessment report on the Agyapa deal said the Transaction Advisor(s) involved in the deal were susceptible to “nepotism, cronyism and favouritism”.

In his resignation letter addressed to the President, the Special Prosecutor further disclosed that Nana Akufo-Addo wanted him to ‘shelve’ the report on the Agyapa deal.

He wrote: “I also refused to shelve my report to enable you handle the matter which explains my press release to the public on the morning of 2 November 2020 and the follow up with the distribution of the full 64-page Agyapa Royalties Transactions Anti-corruption Assessment Report to the Public.”

He further explained that: “Unbeknown to you that I had published the full 64-page report to the public, you caused a press statement to be made based on my letter dated 16 October 2020 to you under reference which sought to politicise and downplay the seriousness of the professional analysis of the risk of corruption and anti-corruption assessment reported by my office.