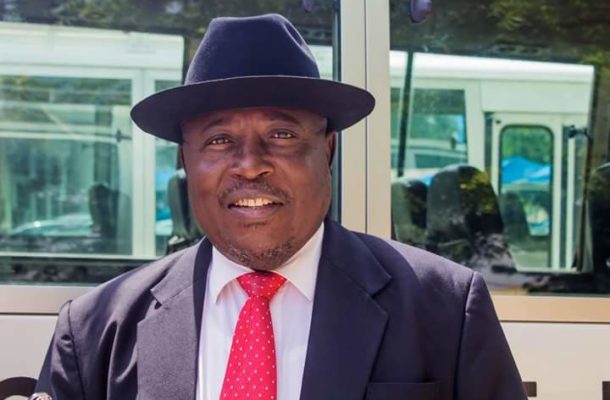 A Political Marketer and a Senior Lecturer at the University of Ghana Business School, Dr. Kobby Mensah, has stated that Presidency’s response to Martin Amidu’s allegations came rather late.


Martin Amidu handed in his resignation letter as Special Prosecutor to President Nana Addo Dankwa Akufo-Addo last Monday with allegations of interference in his work.

The President, through his Executive Secretary, Nana Bediatuo Asante, in a response on Tuesday, November 17, rebutted many of the accusations by Mr. Amidu.

But the political marketer says this may not have much impact on the damage caused by Mr. Amidu.

Speaking on the issue on Connect FM’s Omanbapa morning show on Wednesday, November 18, Dr. Kobby Mensah said the resignation of the Special Prosecutor will have a negative effect on the fortunes of President Akufo-Addo in the December 7 elections.

According to him, the president came to power on the back of being incorruptible but later developments are proving otherwise.

“One of the foremost promises of the president to Ghanaians was that ‘I will protect the public purse’ but the President hasn’t actually followed through with that particular promise.

“That crucial message was successful because he came across as incorruptible. Later developments, however, have proved otherwise. If you look at all the issues that have popped up in his tenure, none of them has been prosecuted.

“In fact, even those who were prosecuted, the President has sought to exonerate them, including Anas’ video on galamsey, (including) the president himself reporting Kwesi Nyantakyi to the police that he had used his name in a very bad way. Up till now, we haven’t seen any police report even exonerating the president, no investigation has been done.

“The ultimate is this exposé on the Agyapa deal by Martin Amidu pointing to his own nephews."

“So, if Martin Amidu sought to resign, I think he had a high stake in persuading him to stay on and investigate the issue to the end."

“So yes, this will affect him in the elections because former President Mahama was booted out based on perceived corruption of his government.”

On whether the government’s response to the allegations will have the desired impact, Dr. Kobby Mensah said it may rather have come late and may not have much impact.

“Usually in communication, the one who comes out first becomes the dominant figure because when people grasp that information, what follows becomes something like a rationalization so it will be difficult for the President to prove that what Martin Amidu put out was false,” he stated.

“As we speak, whatever Martin Amidu put out has gone viral. As to whether people will have the time and space to consume the Presidency’s response and do the comparison between the two, I doubt."

“I think the Presidency was late in responding to Martin Amidu."

“If I was at the Presidency, I would have actually organized a press conference as a matter of urgency to meet Martin Amidu’s claims head-on. They waited for 24 hours, I doubt it will have the desired impact.”